Colombia has selected the Leonardo AW139 intermediate-twin as its new presidential transport helicopter.

To be delivered this spring, the eight-seat VVIP-configured aircraft will be operated by the Colombian air force. 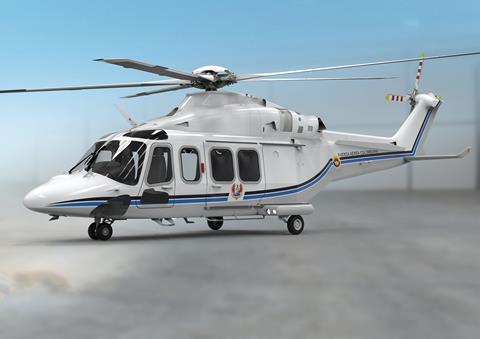 Helicopter will be supplied in eight-seat VVIP layout

Leonardo is also pushing the military M-variant of the 7t rotorcraft to Bogota for the country’s three armed services, plus the national police, as a replacement for the Bell UH-1.

Cirium fleets data lists a total of 128 UH-1s – H and N variants – as being operated by the Colombian air force, army, navy and national police.