Airbus Helicopters has taken its in-development H160 twin-engined helicopter to a speed of 176kt (325km/h) during flight tests, and believes a never-exceed speed (Vne) of 180kt should be achievable.

Disclosing the flight-test progress at a Dubai media briefing held at the H160 mock-up on the static display, Benoit Terral, sales promotion manager for the type, said the velocity was achieved during a slight descent.

Nonetheless, he is confident that Vne “could be just after this limit”. Maximum cruise of the 5.5-6t helicopter is targeted for 160kt.

Terral says the company has so far accumulated some 60h of test flights since the H160’s maiden sortie in June. This has been achieved using the initial flight-test prototype, which is fitted with Pratt & Whitney Canada PW210 engines. 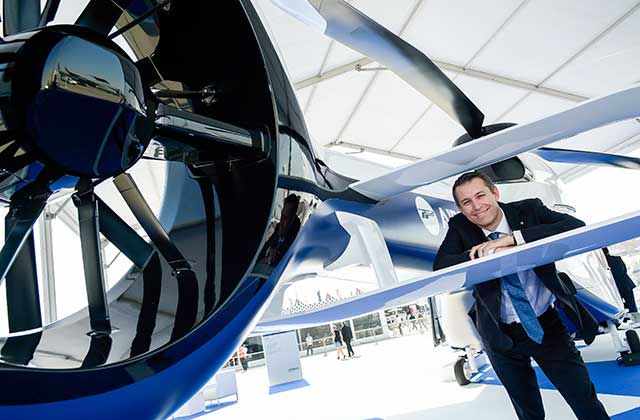 Airbus Helicopters had intended to offer the H160 with both the P&WC powerplant and the new 1,100-1,300shp (820-969kW) Arrano turboshaft being developed by French firm Turbomeca. But a last-minute decision saw the PW210 dropped from the programme.

“We asked the two manufacturers to give us more power – around 100-150hp – but Pratt & Whitney [Canada] needed much more development,” says Terral.

He points out that the Arrano is “very compact” and also has “growth potential in terms of power”.

The airframer has so far taken delivery of six of the Turbomeca engines, with two installed in the second prototype – due to fly before year-end – and two more in its dynamic helicopter zero test rig.

Certification and service entry is scheduled for 2018 and Airbus Helicopters plans to ramp up production to around 50 aircraft per year, says Terral.

And, says Terral, a military model – the H160M – will eventually be developed “as a second step”, to enter service in around 2022.

Catch up on the all the news, analysis and opinion from the Dubai air show.