Airbus Helicopters has obtained EASA certification for a new utility variant of the 4t-class EC145.

Formerly designated the EC145e, the variant takes the older model of the helicopter and strips out unnecessary weight and equipment to deliver an additional 146kg of payload over the previous utility model, raising payload capacity to 3,750kg (8,270lb).

Items removed from the twin-engined rotorcraft include the automatic flight control system, while a Garmin G500H digital cockpit has been installed instead of conventional instrumentation. 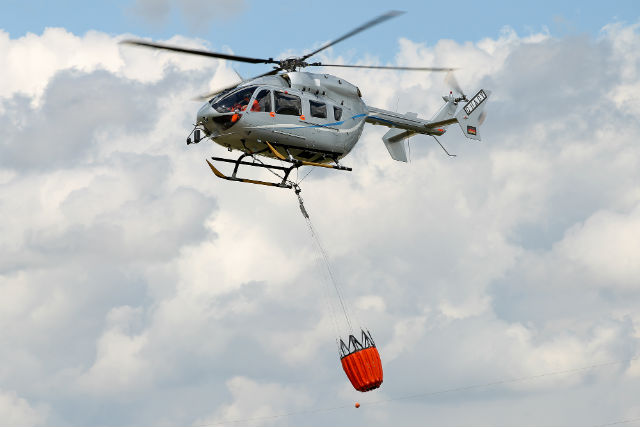 The EASA certification covers single-pilot day or night operation in visual flight rules conditions. Approval from the US Federal Aviation Administration is anticipated by mid-2015.

In addition, the airframer has integrated a standardised interior and equipment list for the utility type.

Although the airframer has recently changed the majority of its helicopter designations, giving them a “H” prefix, the EC145 remains in its range to distinguish it from the upgraded H145, previously known as the EC145 T2.