Airbus Helicopters has handed over the first two of an eventual six H145s to the Ecuadorian air force, the first customer for the light-twin in South America.

Known as the “Cobra” in Ecuadorian service, the H145s will be used for utility transport and rescue missions, plus border surveillance and anti-drug smuggling operations. 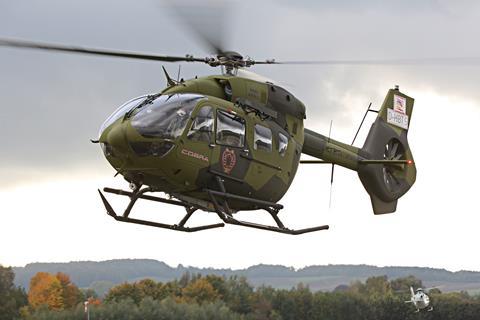 Unlike the dedicated military M variant of the H145, Quito’s examples lack the provision to be armed. However, installed equipment includes a rescue hoist, searchlight and electro-optical camera.

The remaining helicopters from the order will arrive over the next 12 months. As part of its contract, Airbus Helicopters is also providing local training for 12 pilots and 15 technicians.