Leonardo believes it is close to securing a launch deal for its AgustaWestland AW149 super-medium-class helicopter, which is displayed at Farnborough for the first time in a new armed configuration.

“We have very serious interest in the AW149,” says James Wang, senior vice-president of marketing at Leonardo’s helicopter division. “We have customers negotiating right now, more than one.” 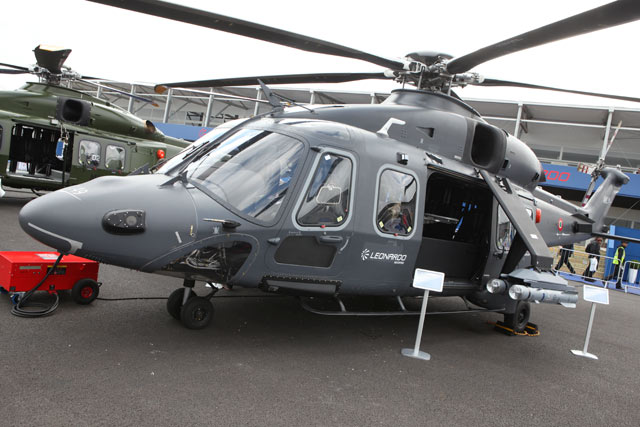 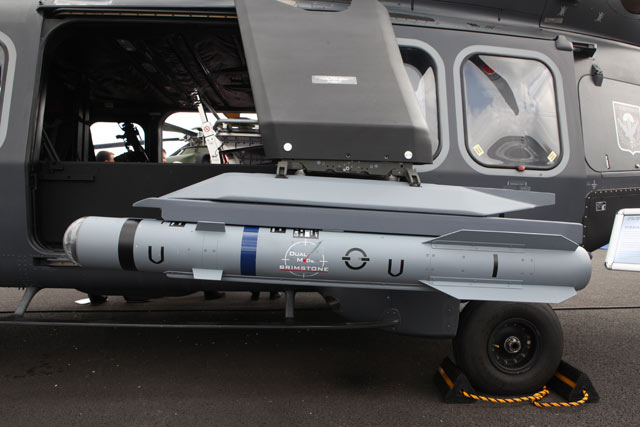 He declines to reveal the identities of prospective buyers, but indicates South America and Asia are regions of particular interest.

Integration work on ballistic weapons is due to commence shortly, with test flights and firings to take place over the next 12 months.

These include a number of pintle-mounted 7.62mm machine guns – both Western and Russian models – and a Dillion M134 minigun.

Working with Italian manufacturer Aerea it has developed specific external weapons mounts with a standard NATO fixing, which can each accommodate a 300kg payload.

Initially it will look to integrate guided rockets from FZ and Roketsan, as well as a podded FN Herstall .50cal gun and Dillon DGP2300 minigun. But, says Wang, if there is sufficient demand, this could be expanded to include MBDA Brimstone or Lockheed Martin Hellfire anti-tank missiles.

Although it has a maximum take-off weight of 8.6t, Wang says this could eventually be expanded to 9t “or even further”, if there is customer interest. This would require uprated engines an extended tail-boom and modified rotors, he says.

“We have done many studies already. We are always thinking of a growth path.”

However, he believes the current weight is a sweet-spot in the market, allowing a helicopter that can “move like a butterfly and sting like a bee”.

As a next step Leonardo will look to arm the smaller AW169, using similar Aerea mounts. “At the moment we are considering the road map and we are looking to capitalise on the positive effects of the AW149,” says Luca Niccolini, marketing specialist for military helicopters.