The German navy’s first NH Industries NTH90 Sea Lion rotorcraft is on schedule to make its flight debut in the fourth quarter of this year, as Airbus Helicopters prepares to bid the same type for another requirement for the operator.

Eighteen of the aircraft will be produced for the navy, as replacements for its aged Westland Sea King 41 helicopters. The first of these is now in final assembly at Airbus Helicopters’ Donauwörth site near Munich. 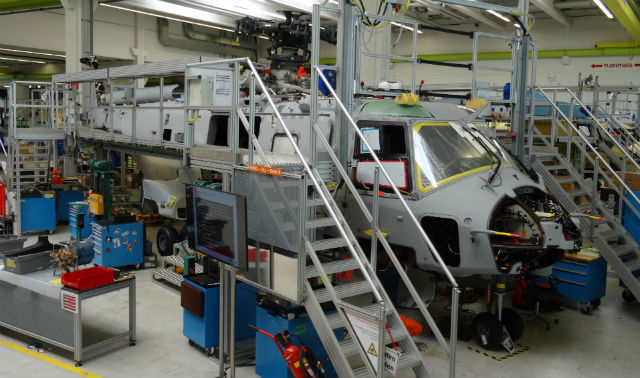 Following an extensive certification campaign for the new variant, production deliveries will be made between October 2019 and 2022, says Airbus Helicopters’ NH90 programme manager at Donauwörth, Ingo Bayer.

Meanwhile, Bayer confirms Airbus Helicopters’ intention to offer a version of the Sea Lion for a pending requirement to replace Germany’s Westland Lynx 88s. Missions for the successor will include anti-submarine and anti-surface warfare tasks.

“The navy is about to issue a tender to replace it [the Lynx],” Bayer says. “Our proposal would be the NH90.”