Offshore helicopter specialist CHC Group’s European business appears to be in a state of turmoil after a swathe of the senior management team abruptly departed. 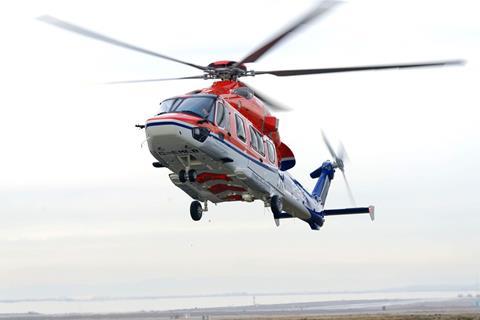 No documentation relating to changes at sister company CHC Holding (UK), where Abbey and Middleton are also listed as directors, has been published by Companies House.

Per Andre Rykhus, who was previously in charge of Norwegian subsidiary CHC Helikopter Service, is also listed as a director of CHC Holding (UK).

Norwegian media reported on 20 September that Rykhus had left his position as country general manager, triggering the temporary grounding of the CHC Helikopter Service fleet while the appointment of a replacement was ratified with the country’s civil aviation regulator.

Flights in Norway have since resumed and CHC Group says there was no disruption to operations in the UK or to search and rescue services.

CHC Group confirms “a change of personnel in the UK and Norway” with replacements as accountable managers for licencing purposes “swiftly appointed”, but declines to provide further details.

CHC Scotia had in 2021 launched a botched takeover of North Sea rival Babcock Mission Critical Services Offshore, plus units in Australia and Denmark.

The intervention of UK competition regulators ensured that the Babcock businesses were held as an arms-length company – Offshore Helicopter Services – while an investigation was launched.

But earlier this year the Competition and Markets Authority ruled against the takeover and ordered the divestment of Offshore Helicopter Services.