To coincide with the release of our World Air Forces directory for 2016, our Top 10 feature lists the world’s leading military fleets by operator nation. With more aircraft in its active inventory than the next six-ranked nations combined, the USA tops the chart, which draws on data originally derived from Flightglobal’s Fleets Analyzer database. Published on 8 December, our directory lists the more than 52,100 aircraft in service with 160 nations around the globe. 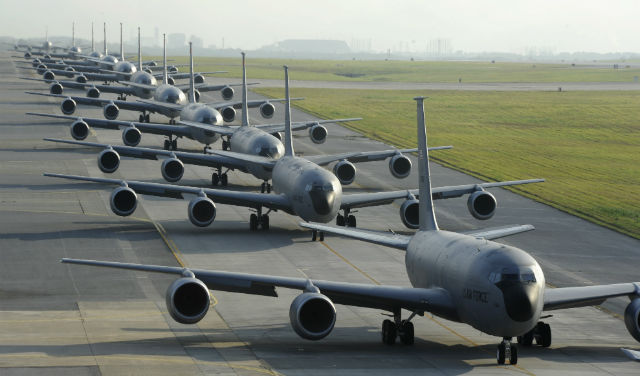 Nowhere in the world of military aviation is the USA more dominant numerically than in the tanker category, with our numbers showing its armed services as having 78% of the global fleet. Its 586-strong inventory of air-to-air refuellers includes an astonishing 397 Boeing KC-135s. Our image shows 11 of the type preparing to take part in a multinational exercise from Kadena air base in Japan this year. 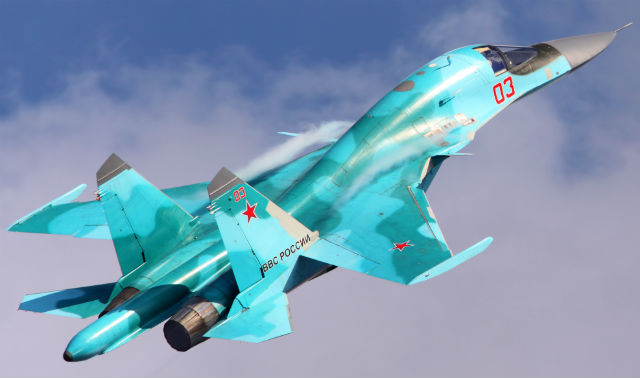 The Russian military has had a busy 2015, with high levels of activity close to the Baltic states and, more recently, a major offensive mounted from a rapidly-activated base inside Syria. One of its most modern types – the air force’s striking Sukhoi Su-34 – has been present in both theatres. Moscow’s fleet of the combat asset has grown by 10 units, to 61 aircraft, since our previous directory, with at least 123 to eventually be introduced. 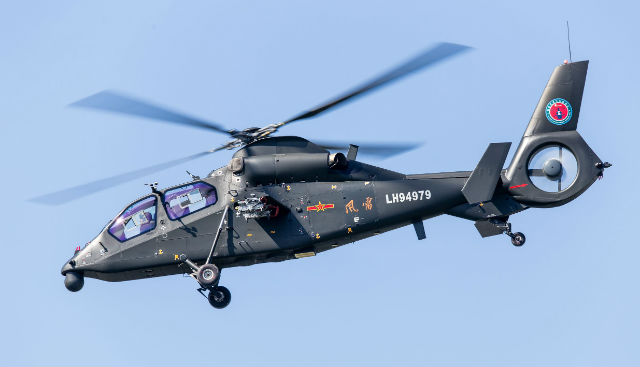 Beijing’s military aircraft inventory saw a net increase of more than 80 units in the time since our last directory was released. Its total strength includes over 1,500 combat aircraft and 800-plus combat helicopters, with the latter including indigenous models such as the Harbin Z-19 (pictured). Our data shows the People’s Liberation Army Ground Force as having 105 of the design in active use. 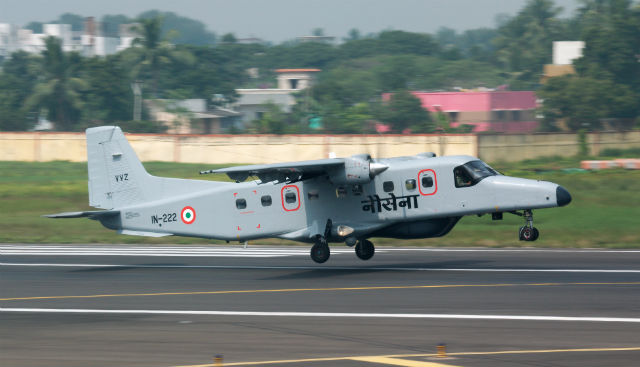 Continued strong investment by India has safeguarded the nation’s fourth-place ranking in our list, with 180 more aircraft added to our data during 2015. Among the large number of types flown by its air arms, the Dornier 228 is one of the most versatile; fulfilling roles from utility transport to maritime surveillance. Combined, the Indian air force and navy operate 65 of the 92 examples of the twin-engined type in military service around the world, with confirmed and pending orders for a further 36. 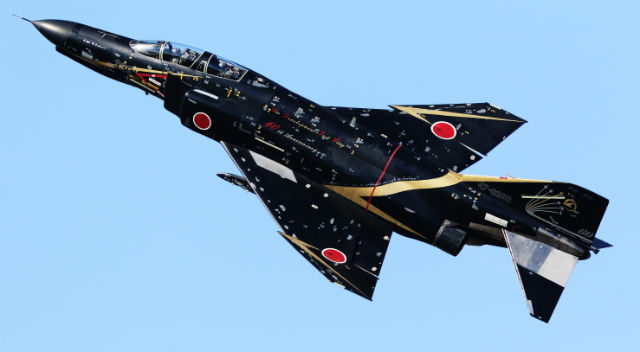 While its days may be relatively numbered in Japanese service, with the replacement Lockheed Martin F-35A on contract, the McDonnell Douglas/Mitsubishi F-4EJ Kai is still an important part of its air force fleet. Japan’s combined total of 71 strike and reconnaissance-roled Phantoms is equaled only by South Korea among the six nations still operating the veteran type. Meanwhile, Tokyo this year signed its first production order for the Bell Boeing MV-22 tiltrotor, and also recently selected Boeing’s KC-46A tanker for a three-aircraft requirement. 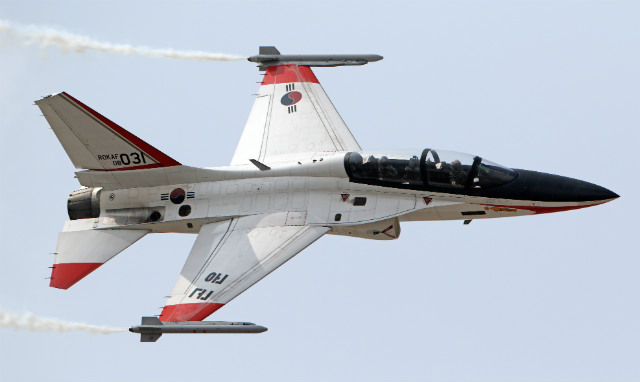 Seoul’s major procurement decision of the last year was to select Airbus Defence & Space to supply it with four A330 multi-role tanker transports – despite having more than 500 combat aircraft, it currently has no tanker capability. Also during 2015, Korea Aerospace Industries signed up a fourth export customer for its T-50 advanced jet trainer. Thailand’s order for four examples followed previous deals with Indonesia, Iraq and the Philippines, including for light-strike examples. 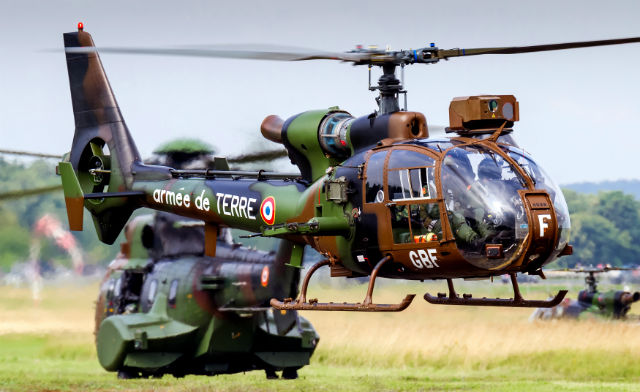 Involved in the coalition campaign targeting Islamic State militants in Iraq and Syria and also active in maintaining stability in west Africa, France needs a strong armed forces. While its fast-jet total falls a fraction short of our directory’s Top 10 listing of combat aircraft per nation, its inventory places it firmly in the top tier of all other categories, including combat helicopters. The French army’s 181 Aérospatiale-built SA341/342s account for one-third of its aircraft in the latter class. 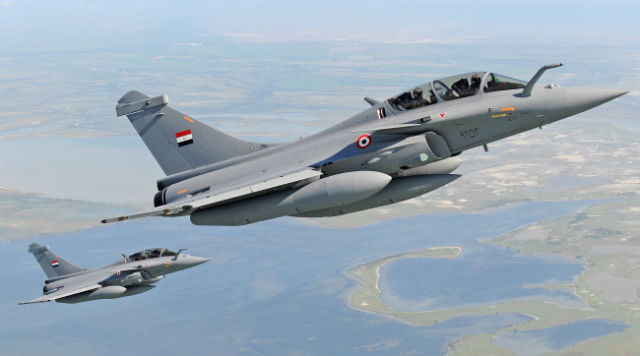 For the first time, this year’s directory includes confirmed export numbers for the Dassault Rafale, due to a bumper start to 2015 enjoyed by the French airframer. Egypt has received its first three of the aircraft, from a total order for 24, while Qatar has ordered the same number, with an option for a further dozen. Separately, this calendar year also included the last deliveries of Lockheed Martin F-16s to the Egyptian air force, which we list as now having 220 examples in the A- to D-model standards. Only the USA, Israel and Turkey operate more of the single-engined type. 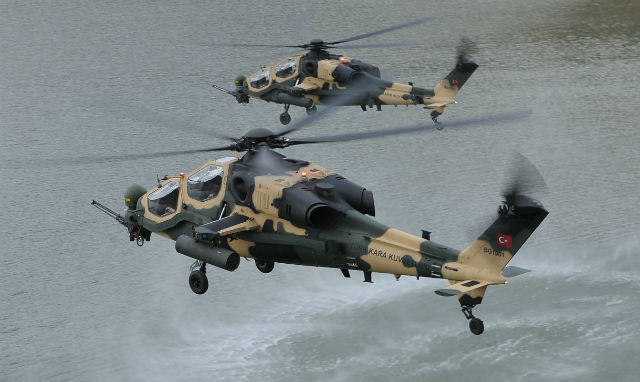 Turkish Aerospace Industries earlier this year completed deliveries from an initial batch of nine T129A attack helicopters for the nation’s army. Another 51 are to be supplied in an enhanced B-model standard, with this to feature an expanded array of weapons. Ankara sparked a diplomatic crisis in late November 2015, when one of its Lockheed Martin F-16s was used to shoot down a Russian air force Sukhoi Su-24 along its border with Syria. 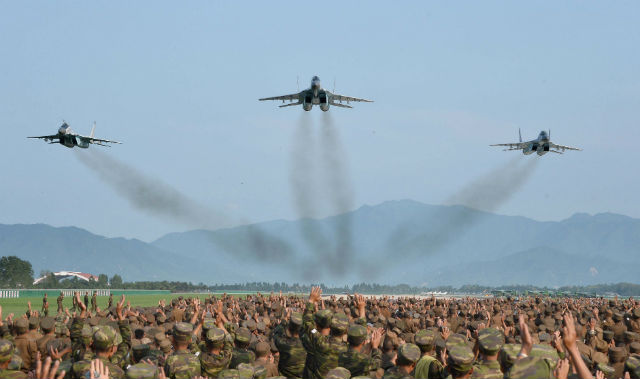 Pyongyang’s military might may be questionable in global terms, but the North Korean air force is strong at least in the numerical sense. Assessing its true status is highly challenging, but our numbers suggest that it can call on up to 35 RAC MiG-29 fighters among an estimated fleet of 570 combat aircraft. However, this number includes what are comparative museum pieces, such as Shenyang’s F-5 model of the Mikoyan-Gurevich MiG-17. This recent image shows a trio of MiG-29s displaying at Kalma airport in Wonsan.