Morocco signs up for 24 AH-64E Apaches

Boeing has secured a deal to supply Morocco with 24 AH-64E Apache attack helicopters.

The deal makes Morocco the 17th country to obtain the AH-64, says Boeing. Deliveries will start in 2024. 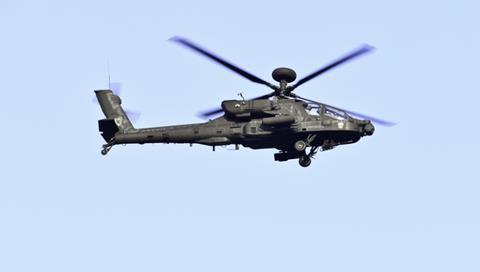 “This is another step forward in our long partnership with the Kingdom of Morocco,” says Jeff Shockey, vice-president global marketing and sales of Boeing Defense, Space & Security.

“Worldwide demand for the Apache is growing and we are proud to provide this best-in-class capability to Morocco,” he adds.

The deal will be conducted under the auspices of the US government’s Foreign Military Sales process via a contract with the US Army.

A November 2019 US Defense Security Cooperation Agency statement covering the Morocco sale valued the deal at $4.25 billion, and included an option for 12 additional AH-64Es.

Boeing adds that it has a long history in Morocco. It is a partner in the country’s MATIS Aerospace joint venture, which produces wire bundles and harnesses. In 2016, it entered a memorandum of understanding with Rabat “to create an ecosystem of aircraft equipment suppliers”.