Leonardo Helicopters has delivered the first of an eventual 16 search and rescue-configured AW101s to Norway.

The helicopter will now undergo a period of operational testing and evaluation ahead of service entry with the Royal Norwegian Air Force in 2018. 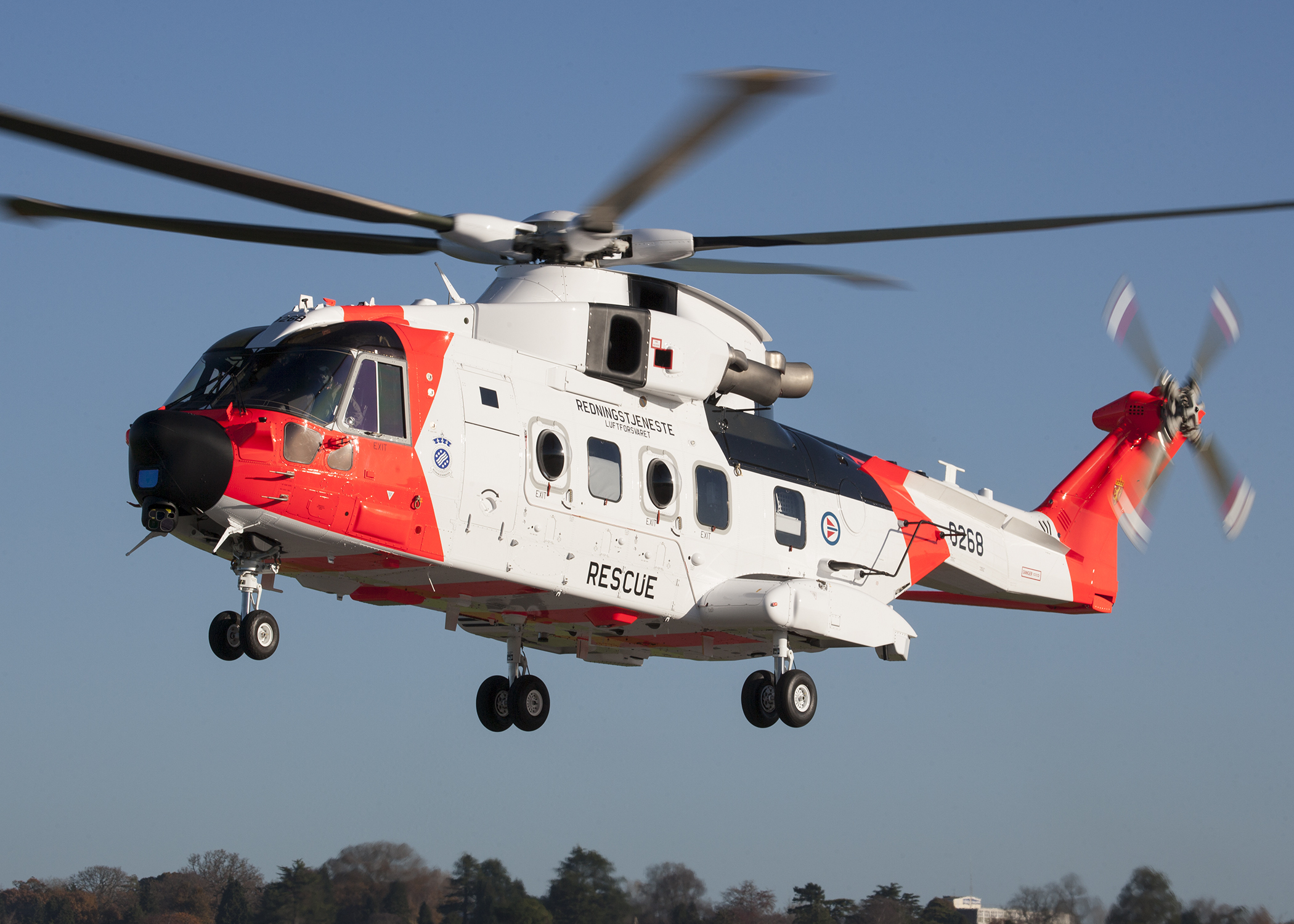 Deliveries will continue until 2020, with the 15t rotorcraft deployed across six bases.

Norway’s Ministry of Justice and Public Security is acquiring the AW101s to replace its existing fleet of Westland Sea Kings.

Crew familiarisation training with an initial pair of helicopters took place at Newquay airport in Cornwall in early October.