Canada has announced its intention to proceed with a Leonardo Helicopters-led modernisation of its AgustaWestland AW101 Cormorant search and rescue rotorcraft, and to potentially increase its fleet size from 14 to 21 examples.

"Leonardo, together with Team Cormorant, looks forward to continuing working with the government of Canada to conclude the options analysis and finalise the requirements for the CH-149 CMLU [Cormorant Mid-Life Upgrade] and fleet augmentation, simulation and training programme," the European airframer says. Its industrial partners on the activity include GE Canada, IMP Aerospace and Defence and Rockwell Collins Canada. 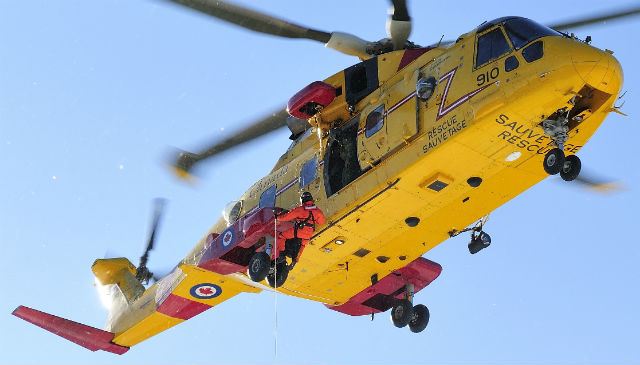 To potentially enable Ottawa's AW101s to remain in operational use until "2040 and beyond", the upgrade programme would tackle obsolescence and cost of ownership issues, Leonardo says.

A proposal to add up to seven additional Cormorants could be achieved by producing new aircraft, or potentially adapting surplus aircraft acquired via the USA following the cancellation of its VH-71 presidential helicopter programme.

Canada has operated the AW101 as its primary rotary-wing search and rescue capability since 2002 and Leonardo says it has provided "outstanding coverage and capability".