The Royal Navy has withdrawn its final Westland Sea King helicopters from use, ending 49 years of UK operation for the twin-engined type.

However, with the replacement for the airborne surveillance and control (ASaC)-configured helicopters not due to enter service until 2020, there are fears that the retirement leaves the navy with a capability gap.

Three of the final eight ASaC-roled Sea King 7s performed a commemorative flight from RNAS Culdrose in Cornwall on 26 September, passing their Yeovil, Somerset birthplace on their way to the HMS Sultan base in Hampshire. 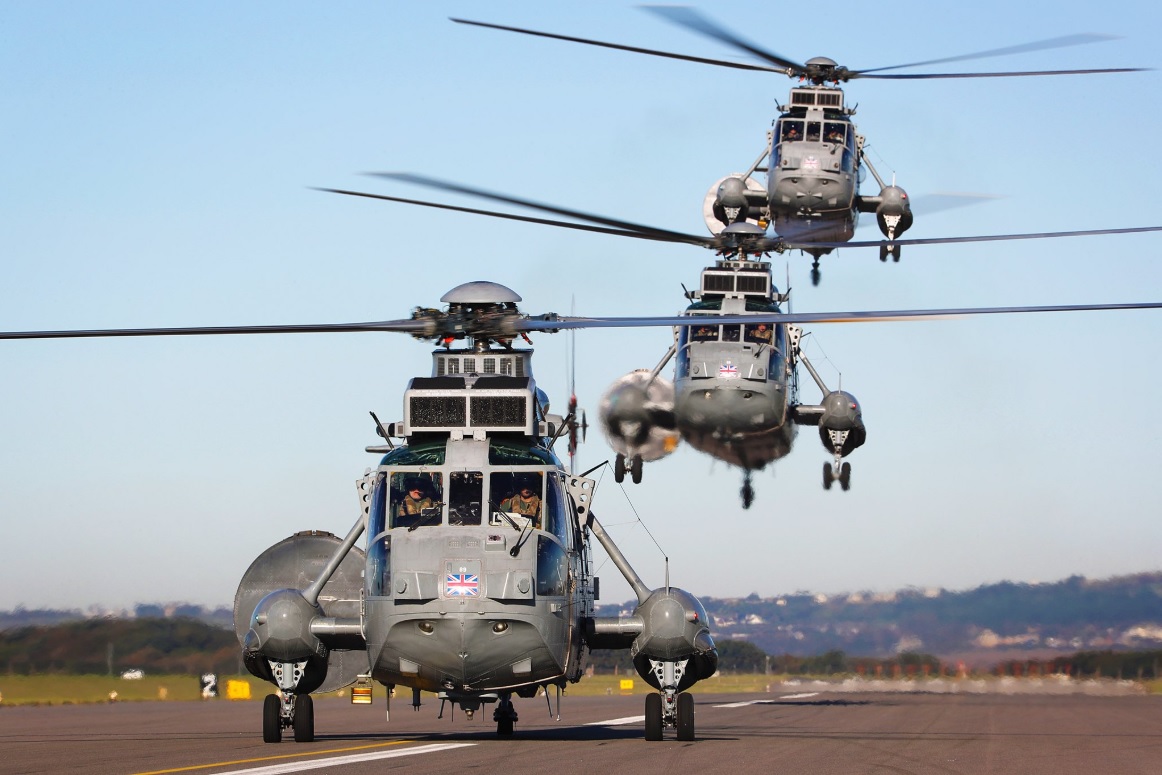 Thales was selected in 2015 to supply its Crowsnest system for the ASaC mission, to be integrated with the RN's fleet of Leonardo Helicopters AW101 Merlin HM2 rotorcraft.

The Crowsnest system will not be fully operational until 2020, however, with an initial capability delivered from 2019 for training and air crew familiarisation.

The UK Ministry of Defence maintains that a number of other aircraft, including the Boeing E-3D Sentry and Leonardo Wildcat helicopters can "mitigate any capability gap" until Crowsnest is service.

In addition, the ministry notes that full operating capability will be reached as the UK's latest aircraft carrier, HMS Queen Elizabeth, enters service in 2020.