The UK Royal Navy has taken delivery of the first of an eventual 25 Leonardo Helicopters AW101 Merlin HC4 heavy-lift transports, but future upgrade priorities are already being outlined.

To be operated by the RN's Commando Helicopter Force, the former Royal Air Force Merlins are being upgraded and marinised under a £388 million ($517 million) contract.

Deliveries of the helicopters, which are being raised from the HC3/3A standard, are to run until 2023, but the CHF is already considering its next upgrade requirements, with in-flight refuelling topping the list.

"We would really like that capability, it would really be a force multiplier," Lt Cdr Aaron Cross, operations officer for 846 NAS, one of the two units that will operate the rotorcraft, told a Prague conference on 24 May.

"[In-flight refuelling] is not part of the Mk4 [programme], but adding it clearly multiplies most of the Merlin's capabilities," says Cross.

"That is clearly where we are looking beyond the Mk4, so in five years' time that will be the drum we are beating." 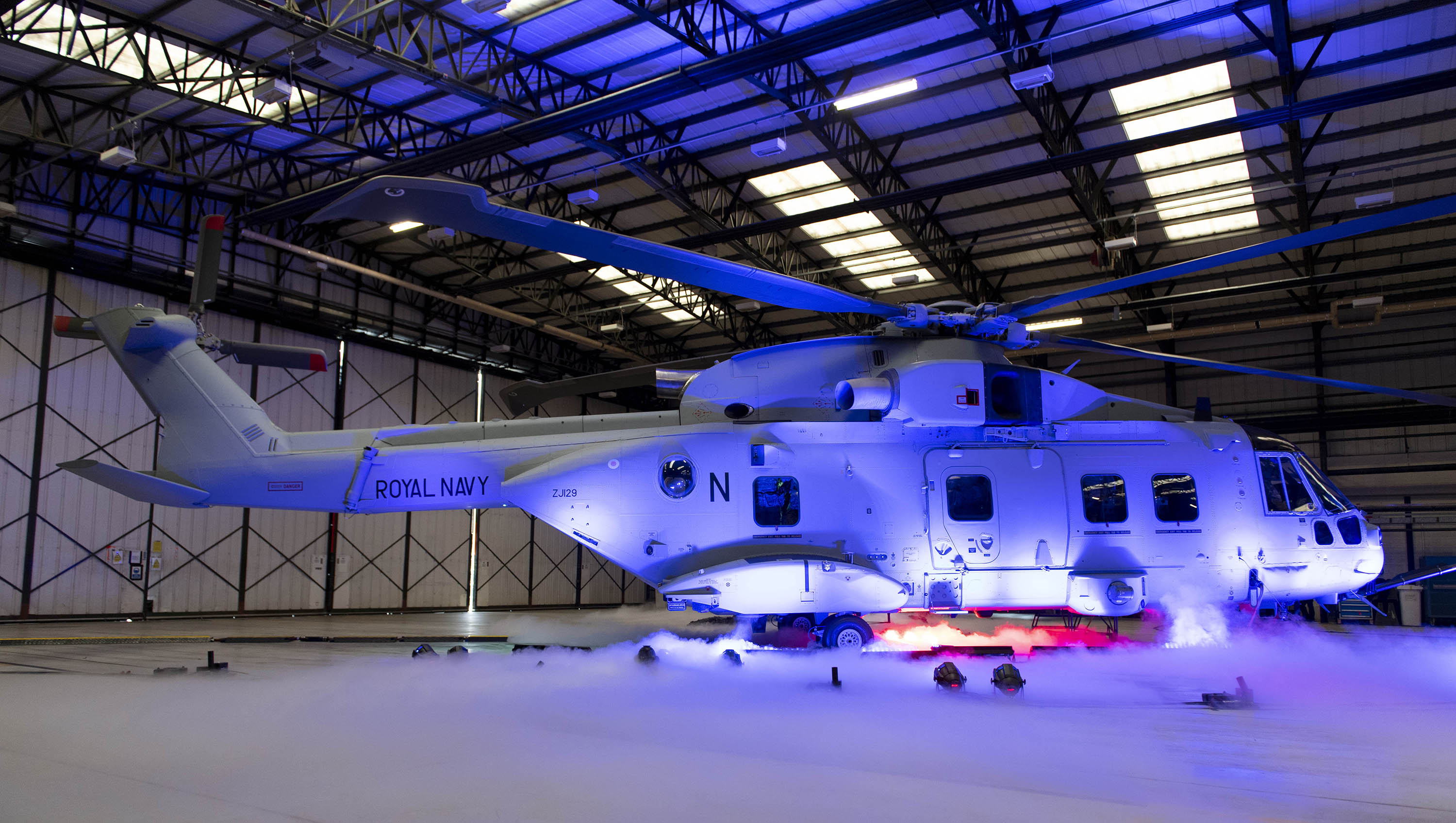 As part of the current modification work the helicopters will receive a folding tail and main rotor blades, a new glass cockpit and improved defensive aids suite which, for the first time, includes a chaff dispenser.

"It almost beggars belief for a combat helicopter that it had no [radio frequency] countermeasures," says Cross.

The initial example was handed over at a special ceremony on 24 May at RNAS Yeovilton, the new base for the helicopters.

The next milestone for the Merlin HC4 will be embarkation aboard the RN's new aircraft carrier, HMS Queen Elizabeth.