Russian Helicopters has secured certification for its new Mil Mi-38 heavy twin, allowing the manufacturer to launch serial production of the 15.6t rotorcraft.

Awarded by Russian federal air transport regulator Rosaviatsiya on 30 December, the approval was achieved using the third and fourth flight-test articles, with the second prototype converted into a static test rig for trials of the rotor system.

Both flight-test helicopters are equipped with 2,500shp (1,860kW) Klimov TV7-117V engines and the final example is in a production-standard configuration.

It has given no indication of customers for the new helicopter, nor of a proposed build rate. However, the latest issue of the manufacturer’s corporate magazine notes it intends to take delivery of eight TV7 engines in 2016, 12 in 2017, 14 in 2018 and 16 in 2019. 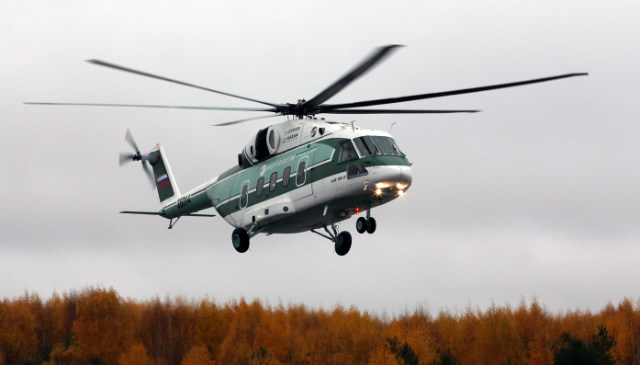 The Mi-38 features an aluminium and composite fuselage, a six-blade main rotor and a Transas glass cockpit.

Russian Helicopters is also continuing its development of the Mi-171A2 – the latest variant of its long-running medium twin programme.

First flight of the A2 took place in November 2014, with a second prototype joining the certification effort in November last year, says the manufacturer.

Interestingly, there is no mention of its other medium-class development programme – the 6.5t Kamov Ka-62 – in the latest issue of its magazine.

The long-delayed first flight of the Turbomeca Ardiden 3G-powered rotorcraft was due to have finally taken place in 2015, but the latest deadline again seems to have been missed.