Russian Helicopters has embarked on what appears to be a substantial redesign of its Kazan Ansat light twin-engined rotorcraft in order to increase its market appeal.

The manufacturer recently secured certification from Russian aviation regulator MAK for the addition of a stability augmentation system for the hydro-mechanical control-equipped civil variant of the Ansat, and is now proposing a number of other improvements under a “modernisation” initiative.

Possible changes include an increase in the take-off weight from its present 3.6t maximum, larger 750kg (1,650lb)-capacity fuel tanks, with an additional 200kg reserve to boost range from the current 280nm (515km), changes to the pilot and passenger doors, and improvements to the passenger cabin such as better noise attenuation, enhanced ventilation and, in a proposed VIP interior, the addition of a toilet.

Initially developed with fly-by-wire (FBW) controls, these were later dropped from the civil variant of the Ansat in favour of a regular hydro-mechanical system because of uncertainty over the regulations covering civil certification of FBW-equipped rotorcraft.

Deliveries of the Pratt & Whitney Canada PW207K-powered Ansat, with the stability augmentation system as standard, are due to begin next year, says Russian Helicopters. 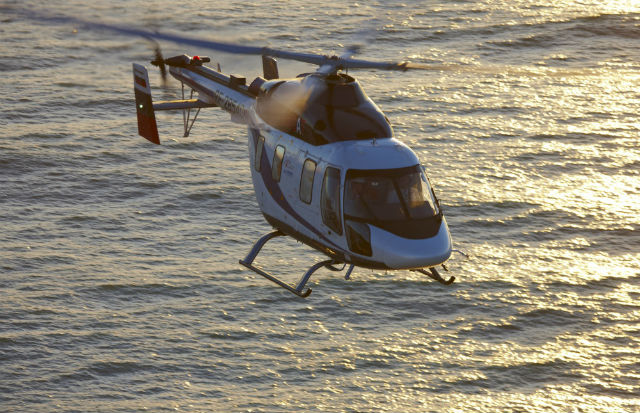 Meanwhile, the manufacturer appears to be closing in on the final stages of certification for its serially delayed Mil Mi-38 heavy-lift helicopter, which has been in development since the early 2000s.

It says it is aiming to finalise the approval process with MAK by year-end, although it sees potential for global sales of the of the 15.6t type.

“By the end of 2015 we will finish all the work on testing the new Mi-38,” says Alexander Mikheyev, director general of Russian Helicopters.

The fourth flight-test prototype of the Mi-38, which took to the skies in late 2014, is largely congruent with the final production model and is equipped with Klimov TV7-117V engines, rather than the P&WC PW127s used on early prototypes.

The 2,800shp (2,090kW) Russian-built powerplants received type certification in the first half of 2015, says Russian Helicopters.

Potential uses for the Mi-38 include offshore, medevac and utility missions, as well as executive transportation, with a VIP example displayed at the recent MAKS air show in Moscow.