Russian Helicopters has provided more detail on the progress of its two delayed development programmes, the heavy-class Mi-38 and the medium-weight Ka-62, although there is still no clarity on when either will enter service.

In its eponymously titled bi-annual magazine in early June, the Russian manufacturer says it has begun assembly of an initial “pilot batch” of Mi-38s to a serial production standard at its Kazan facility.

However, flight trials using three of four prototypes are set to continue, it says. The second flight-test article is being refitted “as a full-size test bench” for main rotor evaluations, while the third and fourth examples, the latter of which took to the skies late last year, are undergoing factory certification tests.

The first prototype, meanwhile, is being converted into a VIP-roled demonstrator aircraft, it says.

With a maximum take-off weight of 15.6t and capacity for up to 30 passengers, the Mi-38 can also “successfully compete with small aeroplanes on regional routes”, according to Russian Helicopters. 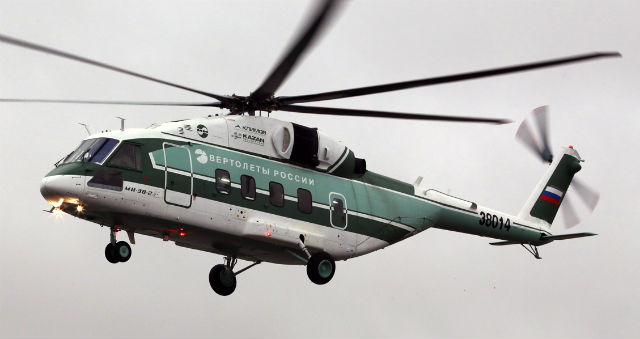 No detail is revealed on the timeframe for certification or service entry, however. Russian Helicopters had previously given a 2015 target for both milestones.

Meanwhile, first flight of the Ka-62 is still believed to be scheduled for later this year, with sources indicating it is due prior to the MAKS air show in August.

However, that event was originally targeted for the same period in 2013, with Russian Helicopters largely silent on the 6.5t type’s progress since then as further deadlines have come and gone.

Powered by a pair of Turbomeca Ardiden 3G engines, it is the manufacturer’s most Western helicopter to date and is an attempt to capture sales outside its traditional markets.

There is scant mention of the Ka-62 in Russian Helicopters’ update, save to reveal that “series production on the Ka-62 is set to launch at [the] Progress Arsenyev [factory]”.