The Japan-produced helicopter is set for delivery in 2024, and will be used to gather information in the event of natural disasters, but will also serve to conduct “various surveys”, says Subaru. 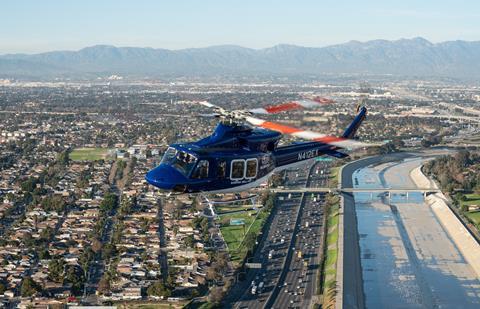 The Chubu Regional Development Bureau is part of Japan’s Ministry of Land, Infrastructure, and Tourism (MLIT).

Subaru adds that the MLIT already operates the Bell 412EP, which has commonality with the newer 412EPX.

The order follows the first delivery of a Subaru Bell 412EPX in May, when a single example was delivered to Japan’s National Police Agency.

The Subaru-produced UH-2, the military version of the Bell 412EPX, is set to replace the UH-1 in Japan Ground Self-Defense Force service.