Thailand’s navy has completed the technical acceptance of its first two H145M rotorcraft from Airbus Helicopters, with the airframer now set to begin training the service’s pilots on the multirole type.

Achieved at the manufacturer’s Donauwörth site in Germany in late April, the milestone precedes “final acceptance and entry into service in Thailand at the end of 2016”, the company says. The lead pair of aircraft will remain in Germany to support pilot instruction from May, it adds. 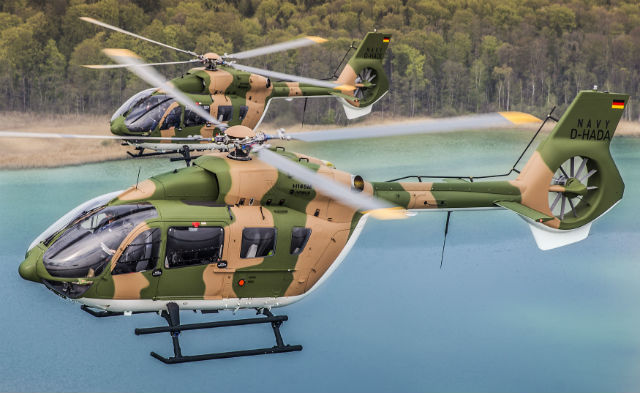 All five of the Royal Thai Navy’s on-order H145Ms will be delivered to the country before the end of September, Airbus Helicopters says.

Powered by two Turbomeca Arriel 2E engines, the H145M has a maximum take-off weight of 3.7t. Thailand’s naval examples will be used to perform a variety of duties, including utility transport and search and rescue. The aircraft is equipped with cargo hooks, hoists, weather radar and an internal long-range fuel tank system. Airbus Helicopters says the type also has “fixed provisions for future special operations upgrade”.

Flightglobal’s Fleets Analyzer database records one H145M as already being in service with the Royal Thai Army. The service has another 11 of the type on order, and has expressed interest in acquiring a further nine.