The British Army has completed a first Arctic exercise involving its Boeing/Westland Apache AH1 attack helicopters, with the six-week activity having concluded with day and night firings using the type's 30mm cannon. 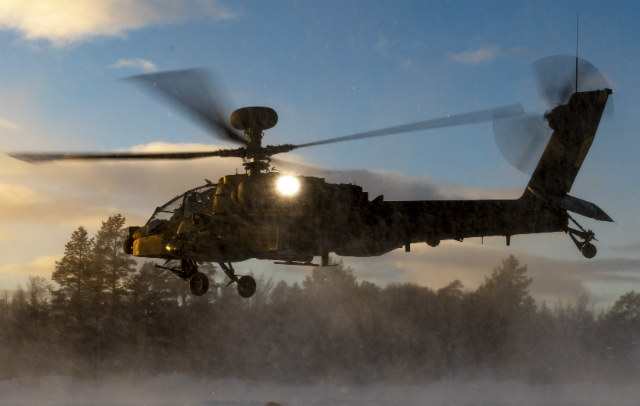 Having overcome challenges including "extremely low temperatures [down to -27˚C (-17˚F)], deep snow and limited visibility" including operating in "white-out" conditions, he adds: "we're now developing techniques to 'fight' the Apache in this environment". This process included establishing a forward arming and refuelling point to support aircraft during the manoeuvres' live-firing phase. 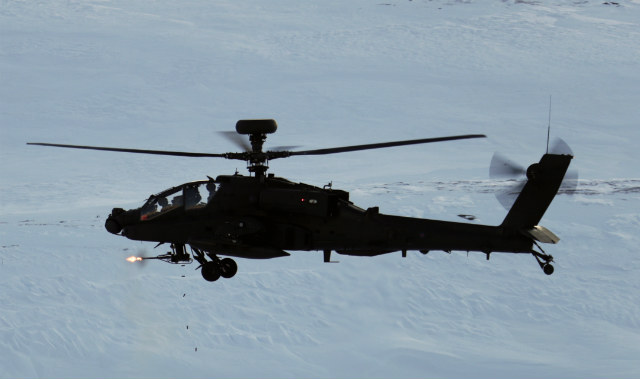 "The Apache's cold weather capabilities and the relationship with 3 Commando Brigade will be further developed on NATO's exercise Cold Response in Norway next year," the army says. 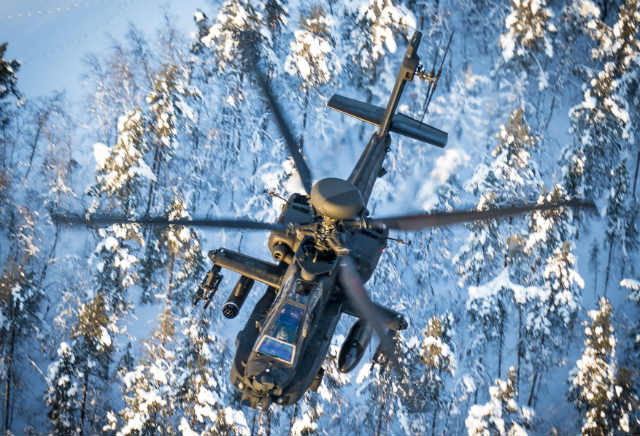 Flight Fleets Analyzer records the service as operating a current fleet of 50 Apache AH1s, aged between 14 and almost 18 years. The UK will replace these via a 50-unit procurement of AH-64E-model aircraft, to be introduced next decade.