Announced on 17 February, the new five-year agreement continues an availability-based maintenance and support arrangement for the Chinook that was established by the Ministry of Defence with Boeing in 2006.

Welcoming the contract extension, Boeing Defence UK managing director David Pitchforth says that under the TLCS arrangement the company “has delivered aircraft availability that is 10% above the requirement, and driven serviceability to an all-time high”.

In-service support for the RAF’s Chinook force is provided at the service’s Odiham main operating base for the type in Hampshire, and at a “depth” level at Vector Aerospace’s Fleetlands site in Gosport. 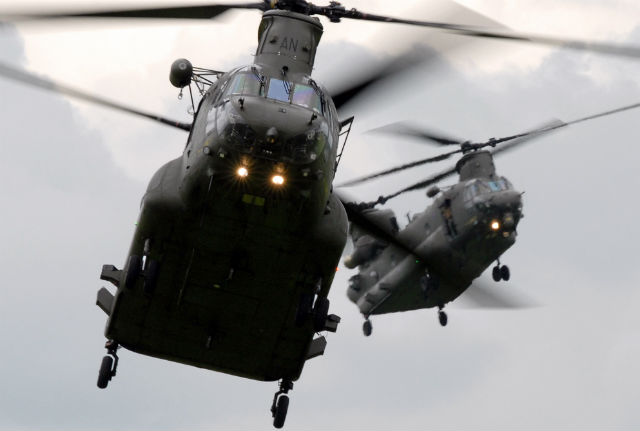 Flightglobal’s Ascend Fleets database records the RAF as having 44 Chinooks in current active use, with seven more in storage or upgrade. Eight HC6/F-model examples have yet to be delivered, with the MoD expecting to have a combined fleet of 60 of the rotorcraft available by 2017.