The US State Department has cleared the sale of 24 Lockheed Martin MH-60R anti-submarine warfare (ASW) helicopters to India.

The deal is work $2.6 billion and follows a request from New Delhi for the acquisition, says the Defense Security Cooperation Agency (DSCA). 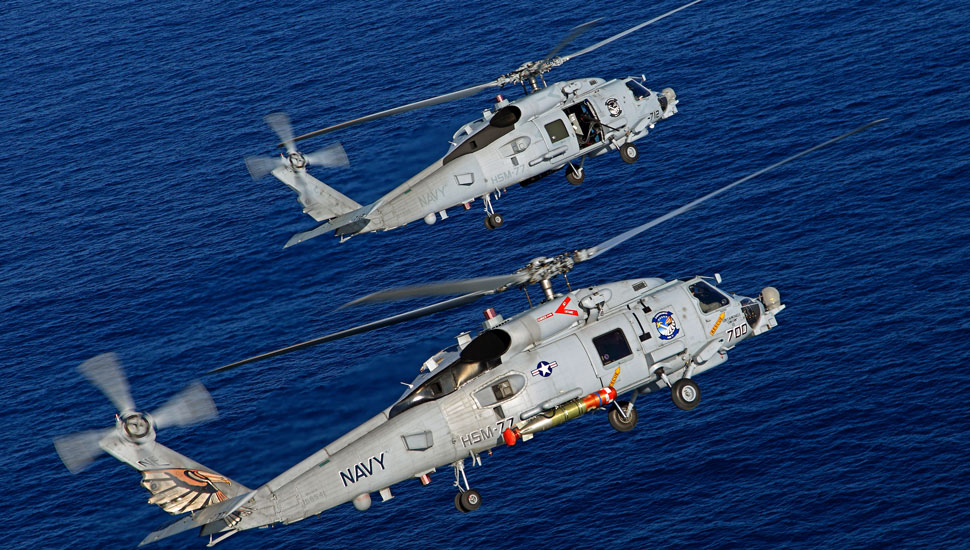 The MH-60R deal will be conducted under the US government’s Foreign Military Sales (FMS) process. The DSCA package includes the 24 helicopters as well as weapons, sensors, support equipment, and services that are consistent with a high-end ASW and anti-surface warfare (ASuW) capability.

“The proposed sale will provide India the capability to perform anti-surface and anti-submarine warfare missions along with the ability to perform secondary missions including vertical replenishment, search and rescue, and communications relay,” says the DSCA.

“India will use the enhanced capability as a deterrent to regional threats and to strengthen its homeland defence. India will have no difficulty absorbing these helicopters into its armed forces.”

In addition to the MRH requirement to be filled by the MH-60R, New Delhi has an additional requirement for 111 rotorcraft under its Naval Utility Helicopter (NUH) requirement, with a request for proposals due in the third quarter of 2019.

The NUH will replace the Indian navy’s obsolete Hindustan Aeronautics Chetak helicopters with a 5t class helicopter. Potential candidates could include the Airbus Helicopters AS565, Bell 429, Sikorsky S-76, and Kamov Ka-226.