The US Air Force has settled on the HH-60W designation for its future fleet of Sikorsky UH-60M Black Hawk-derived combat rescue helicopters (CRH), some five years before it will start taking delivery of the new type.

Announced on 24 November, the step will lead to the “-60 Whiskey” replacing the air force’s current fleet of HH-60G Pave Hawks in performing the personnel recovery role. These entered use from 1982.

“The official name of the HH-60W will be determined at a later date,” says the USAF, which will eventually operate a fleet of up to 112 of the new rotorcraft under a June 2014 deal worth a potential $7.9 billion. 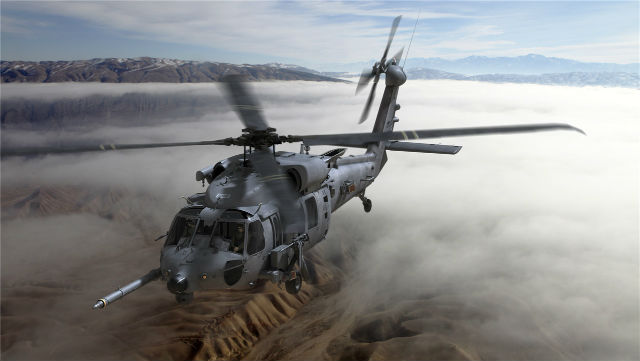 “The aircraft will feature increased internal fuel capability, compared with today’s HH-60G helicopter, thereby giving the HH-60W the required range, while increasing its internal cabin space,” the air force says. “Using a tested platform already in production and integrating features currently in use on other aircraft will help control risk,” it adds.

A system requirements review for the CRH programme is due to be conducted during fiscal year 2015, with first deliveries of the new aircraft due to be made in FY2019.