Princess Juliana airport was "hit hard, with what appeared to be sand washed up to parts of the main terminal, and the building's roof [was] extensively damaged," according to a report from the Associated Press.

FlightGlobal could not reach the airport by telephone, and several Caribbean airlines that serve Saint Martin did not immediately respond to inquires.

However, Curacao-based InselAir issued a travel update on 7 September saying the airport "is still closed for operation". InselAir has cancelled all flights to Saint Martin through at least 8 September due to "enormous damage" on the island, it says.

"We have no communication possibilities at this time," adds the 7 September posting.

Princess Juliana airport sits in Dutch territory on a spit of land on the southwest side of Saint Martin. The island lay directly in the path of Hurricane Irma, a category five storm that has lashed parts of the Antilles island chain.

Hurricane Irma packed maximum sustained winds of 160kt (298km) as it approached Saint Martin the morning of 6 September, according to the US National Hurricane Center.

Twitter uses posted pictures purporting to show extensive damage to the airport, though the veracity of the images could not immediately be confirmed by FlightGlobal. 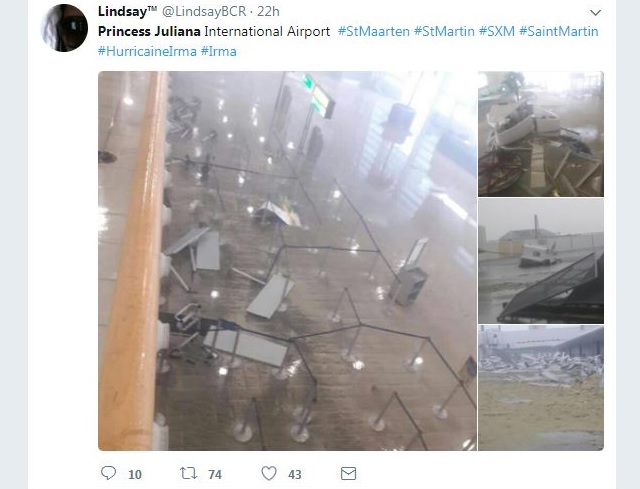 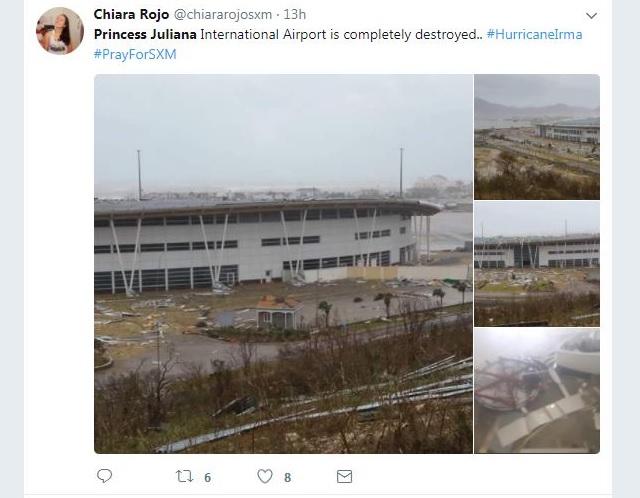 The storm is now centered about 120km north of the island of Hispaniola and is headed towards the Turks and Caicos Islands, according to the Hurricane Center. The storm is forecast to continue moving northwest, passing between Cuba and the Bahamas before making landfall Sunday or Monday somewhere between South Florida and North Carolina. 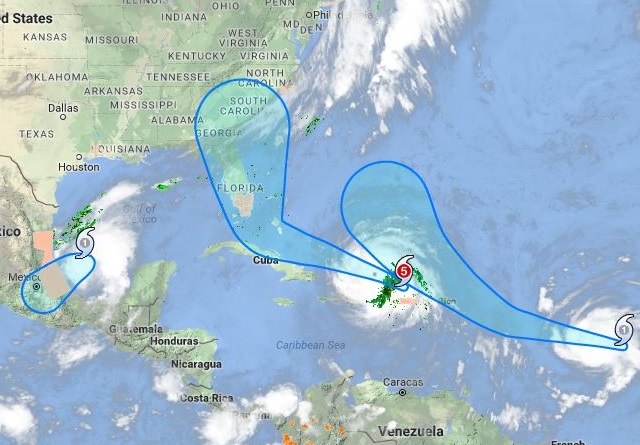 Airlines have cancelled flights at other cities in the storm's path, including at places like Puerto Plata in the Dominican Republic and Providenciales in the Turks and Caicos, schedules show.

The state of Florida is under a state of emergency, and airlines are already waving change fees for flights at some airports.

American Airlines announced on 7 September that on 8 September it will "wind down" operations at Fort Lauderdale, Fort Myers, Key West, Miami and West Palm Beach. Operations at those airports "will be cancelled throughout the weekend", the airline says in a media release.

America's last flight from Miami before shutting operations Friday will be a 15:49 local time departure to Dallas/Fort Worth, it says.

The company has also scaled back flights at Orlando on 8 September and cancelled flights there on 9 September.

American has already cancelled 2,185 flights between 7 and 11 September due to the storm, it says. 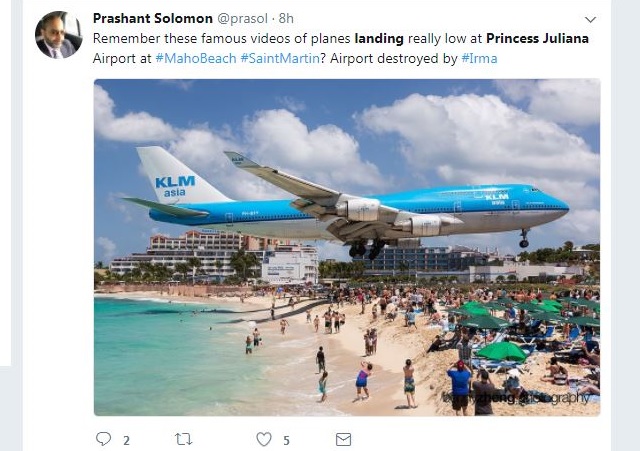