Speaking to FlightGlobal on the sidelines of the IATA annual general meeting in Doha, Hrdlicka says it will “take a couple of years minimum to get that done”, but did not disclose a firm timeline. 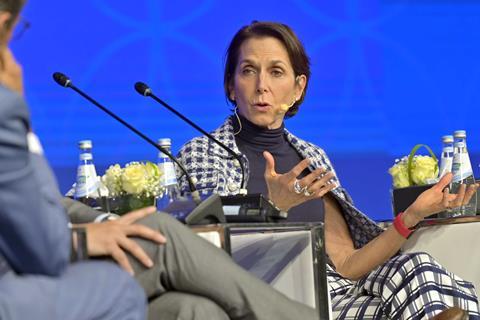 Australian newspaper The Australian previously reported that the carrier was mulling an IPO in 2023, a timeline Hrdlicka said was “faster than we thought”.

In her latest comments, Hrdlicka adds: “We are honoured that people are talking about [an IPO], because it means we have done a lot in a really short period of time… [and] we are back in a position where we are a very credible airline with a good business model and bright future.”

The airline has seen “strong underlying demand” in its domestic network, with capacity hitting pre-pandemic levels.

Virgin Australia recently announced plans to take four Boeing 737 Max 8s, on top of 25 Max 10s it previously ordered. The airline has also been steadily expanding its fleet of 737 aircraft since exiting administration in late 2020.