AgustaWestland resorted to making an official request for legal arbitration with the Indian government over a stalled deal for AW101 VVIP helicopters because it "didn't see any other option".

Daniele Romiti, chief executive at the airframer, says that despite frequent requests, he was unable to persuade anyone from the New Delhi administration to sit down and meet with him.

Romiti took the top job at the Anglo-Italian manufacturer in February, after a bribery investigation surrounding the deal for the 12 AW101s claimed his predecessor Bruno Spagnolini.

"We have asked to sit at a table to discuss these issues but so far this has not happened," says Romiti. "We were quite reluctant to start this process, but we didn't see any other option. We do hope this is just a way to have a very calm and open dialogue."

Without talks, Romiti says "everything is on hold", which only creates a situation "that penalises everyone".

So far, three aircraft have been delivered to the Indian air force with the remaining nine in advanced stages of completion at AgustaWestland's Yeovil site in Somerset, UK. The company also has exhibited one example at the MAKS air show in Moscow and at Helitech in London within recent months. 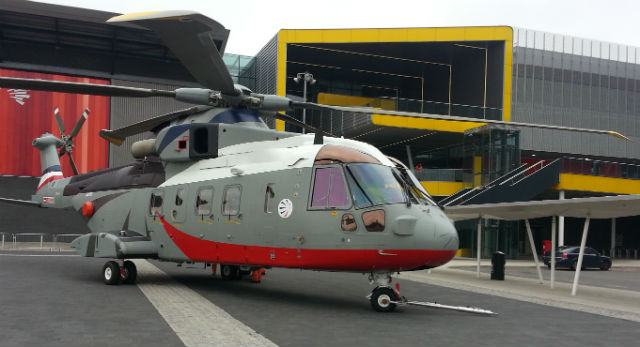 Despite the impasse, the airframer is keeping support staff in India to assist with sustainment activities on the in-service AW101s, as "an investment".

"We believe it is a good way to prove our positive intentions," says Romiti. "Nevertheless, we still have nine helicopters waiting for a decision. This has to be part of the discussion we are looking for."

Arbitration, the possibility of which is contained within the contract, would see three individuals appointed - one nominated by each of the parties and a third jointly agreed - to a board to try to resolve the stalemate.

AgustaWestland continues to deny any wrongdoing on its part. It is accused of bribing government officials to win the €560 million ($737 million) contract.

India's comptroller and auditor general has already delivered a stinging criticism of the acquisition process, saying it "deviated" from required procedures.