Japan aims for its indigenous Kawasaki Heavy Industries (KHI) UH-X utility helicopter to be developed by its fiscal year 2017.

The type is seen as a replacement for the Bell/Fuji UH-1J now operated by the Japan Ground Self-Defence Force (JGSDF), says Japan's ministry of defence.

"The UH-X will be introduced for the replacement of UH-1J and UH-1H, performing almost the same missions as them," says the ministry.

Key missions include transporting soldiers and personnel as well as relief operations during natural disasters. 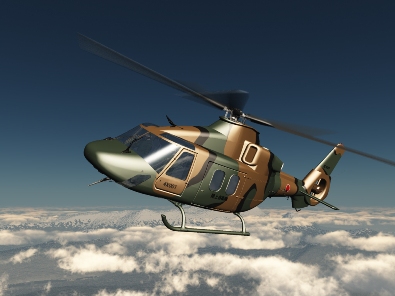 "The design will be done by Japanese industry, but it has not been decided which companies will participate in this programme other than Kawasaki Heavy Industries," says the ministry.

The performance of the UH-X will be similar to the UH-1J. It will have a passenger capacity of two pilots and 11 personnel, or a cargo capacity of 4,200lb (1,905kg).