Embraer has embarked on a 40-day international sales tour with its KC-390 tanker/transport, which will bring the twinjet to Sweden before making a debut Paris air show appearance next week.

The Brazilian manufacturer's second prototype, PT-ZNJ, arrived in Gothenburg on 11 June – having left its São José dos Campos site two days earlier, with stops in Recife and Las Palmas, Gran Canaria. Embraer will perform demonstration flights for the Swedish air force, including from the service's Uppsala air base.

The airframer is promoting the KC-390 to Sweden as a potential future replacement for its Lockheed Martin C-130H tactical transports – although service officials said recently that they expect the Hercules fleet to undergo an avionics upgrade that will enable them to fly on until 2030-2032.

Following its attendance at the Paris air show, where the new type is due to be in the static line and also participate in the flying display, the aircraft will visit undisclosed additional European nations before heading for New Zealand. Wellington is in the process of selecting new transport and maritime patrol aircraft. 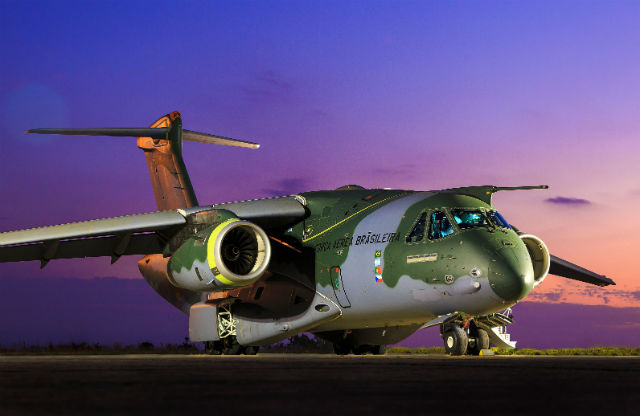 Embraer will return the aircraft to Brazil via additional stops in Southeast Asia and North Africa.

The promotional tour comes as Embraer moves a step closer to confirming a sale to Portugal. On 9 June, the nation's council of ministers authorised negotiations to proceed with a proposed purchase of five KC-390s, plus one option.

"We are very positive [that the Portuguese approval] shows the confidence of a NATO country in the plane, which is built to NATO standards," Jackson Schneider, president of Embraer Defense & Security, tells FlightGlobal. "It is a landmark for the KC-390: the first step in the international arena."

The next step with the prospective buyer will be to discuss terms and the timeframe for a deal, but Schneider says it will be easy to accommodate Lisbon's purchase within existing delivery slots. So far, the Brazilian air force is the sole customer for the KC-390, with 28 examples on order.

Embraer is currently performing final assembly on its first production aircraft, with parts for the next two in manufacturing. The first two customer aircraft will be handed over in 2018, and "three or four" the following year, Schneider says.

Initial military certification for the International Aero Engines V2500-powered transport is expected later this year, with civil certification to follow before the end of 2018. Embraer hopes to offer its new product to commercial operators, where it will face competition from types including the Lockheed LM-100J.

"We are bringing our experience with regional jets and commercial airlines," says Schneider. "The comparative costs are very competitive for the market."