Lockheed Martin has delivered its first of three KC-130J tanker/transports to the Kuwait air force, providing the service with a new air-to-air refuelling capability.

Carrying the registration KAF 326, the short-fuselage aircraft will be followed by another two contained within a production order signed in 2010. These are to be handed over before the end of this year, according to Flightglobal’s Ascend Fleets database. 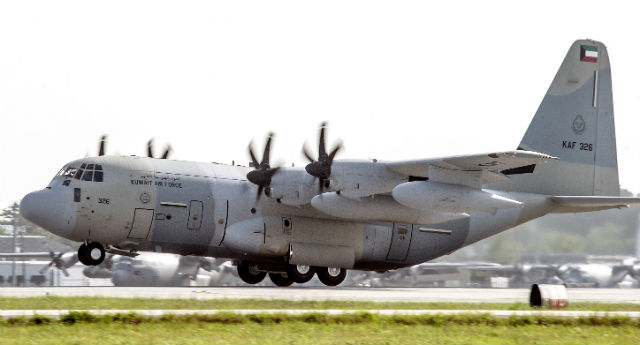 Kuwait also has options on a further five Rolls-Royce AE2100D3-powered KC-130Js. It will use the type for tasks including supporting operations with its Boeing F/A-18C combat aircraft.