"In February next year we will sign another order," said Rusdi Kirana, president director of Lion Air. Rusdi declined to provide any more details of the planned deal.

Any Lion announcement could be timed for the Singapore Air Show that will run from 14-19 February.

During a visit to Indonesia by US president Barack Obama in November, Lion Air placed a record provisional order worth $21.7 billion for up to 380 737 aircraft, comprising an order for 230 and purchase rights for 150.

The 230 aircraft component includes 29 737-900ERs powered by the CFM International CFM56, and 201 of the re-engined 737 Max. Rusdi said the legal terms are being hammered out, with the deal to be finalised in January 2012.

"I don't think the president of the United States wants to witness the signing of a non-binding agreement," said Rusdi.

"From east to west Indonesia is 5,000 miles long and we have over 100 airports," he added. "In this context our order is not really that big." 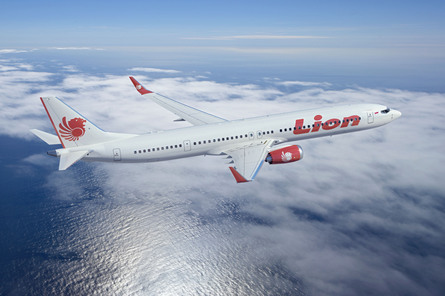 Rusdi declined to comment on whether the Boeing deal and its timing were influenced by politics. Following the announcement of the deal Airbus chief operation officer customers John Leahy reportedly accused the White House of political meddling in the competition for Lion Air's business.

Rusdi said the primary benefit of the new Boeings will be fuel savings and lower maintenance costs. He said Lion's MD-90s are no longer in service, and that it will remove all of its 737-300 and -400s from service by 2013.

To train the pilots for its growing fleet Lion Air has established a flight school in Indonesia that operates ten Cessna aircraft as trainers. This year 70 students will graduate, with class sizes eventually to grow to 100-150 per annum. It costs $30,000-$40,000 to train a pilot, he said, so graduates are required to work for Lion for ten years.

Lion Air now has 600-700 pilots, of whom 85% are Indonesian. The remainder hail from Southeast Asia or Europe.