Buoyed by its position within Lockheed Martin’s global group of companies, Sikorsky subsidiary PZL Mielec is optimistic of driving fresh sales of its M28 Skytruck in several regions of the world.

Firm evidence of the company’s new sales push will be seen on 24 February, when a demonstrator of the twin-turboprop will leave its production facility in southeast Poland for a roughly three-month tour, taking in destinations in the USA, the Caribbean, Latin America and Central America. 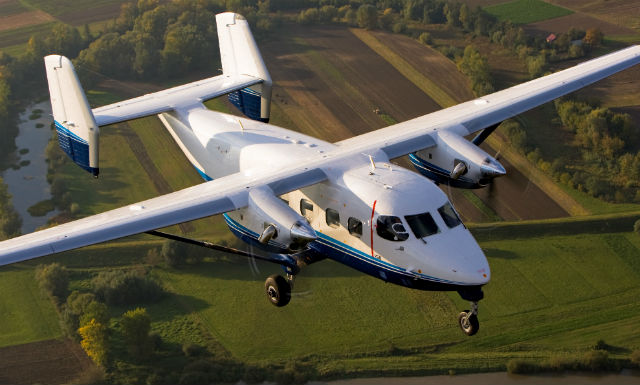 The uniquely-configured transport will depart Mielec to demonstrate its capabilities to multiple potential operators, company officials say. These activities will range from participating in an exercise for the Brazilian armed forces, delivering paratroopers and performing precision airdrop tasks. It will also showcase its short take-off and landing capabilities to commercial operators interested in acquiring the 19-seat type, and demonstrate its capacity to operate in harsh conditions.

PZL Mielec’s certification for the M28 includes the ability to take-off within 548m (1,800ft) at its maximum take-off weight of 7.5t, and to land within 500m. The unpressurised type’s abilities to operate from semi-prepared landing strips, and to serve high-altitude airports will also be tested – in the latter case requiring its crew to use onboard oxygen.

During an initial two-week period in the USA, the M28 05 will be exhibited at the Heli-Expo convention in Dallas, Texas. The decision was taken to showcase it at the rotorcraft event due to the attendance of companies from the oil and gas sectors, says Ingmar Wyczalek, M28 sales manager for North and South America. It will then also visit Melbourne, Florida.

The Pratt & Whitney Canada PT6A-65B-powered transport will then spend seven weeks visiting Trinidad & Tobago, Brazil, Argentina, Ecuador, Colombia, Panama City and Mexico City. While in Brazil it will take part in the LAAD defence show in Rio de Janeiro. In all, the airframe is expected to amass around 200 flight hours, with “24/7” support to be provided via the manufacturer’s existing logistics system for the type.

Wyczalek points to the importance of product support for the M28 being shown by Sikorsky and its parent Lockheed, which sees a clear niche for the rugged product beneath the larger C-130J. “Both Lockheed Martin and Sikorsky believe in the future of this product,” he says.

Wyczalek says the company is pursuing additional certifications for the transport in nations including Brazil and India – which has a major regional connectivity programme to satisfy – and Nepal, in advance of hopefully delivering examples for passenger transport use. Its sales targets also include nations in Africa and the Asia-Pacific region.

“We are negotiating both with the civil and the military sector, but our analysis shows that the civil market is bigger, and we want to penetrate this,” Wyczalek says. The company’s ambition is to secure orders to produce between 10 and 15 aircraft per year.

The aircraft also is available in a combi passenger/cargo version, or as a dedicated cargo asset capable of carrying a total load of 2.3t. For this application, it can be equipped with an optional hoist and winch to support operations at austere locations. The airframer says the M28’s rear door enables it to carry awkward loads, such as helicopter main rotor blades or mining equipment. “It is unique in its class – we are the only one with such a function,” says Wyczalek, referring to rivals such as the Cessna Caravan and RUAG Dornier 228NG. 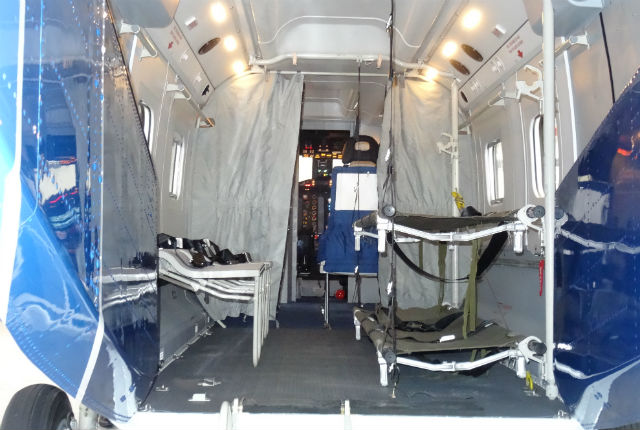 The aircraft involved in the promotional tour features an analogue cockpit, but PZL Mielec intends to transition its production standard to offer a glass cockpit configuration similar to that supplied in limited numbers to the Polish military. Its demonstration configuration includes a mix of a passenger and cargo applications, along with stretchers to highlight its utility as a medical evacuation asset. Additional roles include border surveillance, search and rescue, maritime patrol and VIP transport.

Mariusz Kubryn, head of the company’s design organisation, says commercial operators will be able to pick from an avionics fit from suppliers including Garmin and Honeywell.

Flight Fleets Analyzer records M28s as being in operational use with the militaries of Jordan (2), Nepal (2), Poland (29), the USA (5), Venezuela (11) and Vietnam (1). Kenya is also set to introduce the type, as it is to acquire three ex US Air Force-operated examples via Washington’s excess defence article programme. 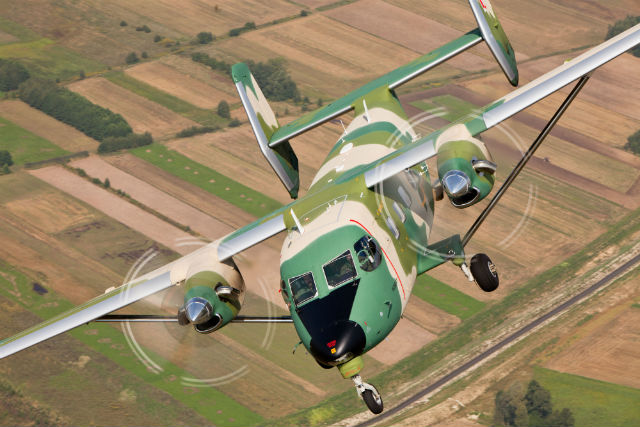 In addition to its M28 sales drive, PZL Mielec is also looking to increase its sales of the UH-60 Black Hawk-derived S-70i, including to the Polish armed forces. Pointing to a more than $150 million investment made in the company and its facilities in Mielec since its acquisition by Sikorsky, company president Janusz Zakrecki notes: “We keep growing all the time. We are a producer of complete aviation products.”