Malaysia has named the Eurofighter Typhoon as the best option for its long-running fighter requirement.

"The Eurofighter is admittedly the best fighter jet and, as it is expensive, we need to evaluate in detail," defence minister Ahmad Hamidi told official news agency Bernama.

Other definite challengers in the competition are the Boeing F/A-18E/F Super Hornet and the Saab Gripen. However, it appears that Dassault is prepared to pitch in with its Rafale as well, with an industry source familiar with Malaysia's fighter requirements confirming that the French company is interested in participating.

Malaysia wants 16-18 new fighters to replace its 10 RSK MiG-29s, as well as its fleet of ageing Northrop F-5s. 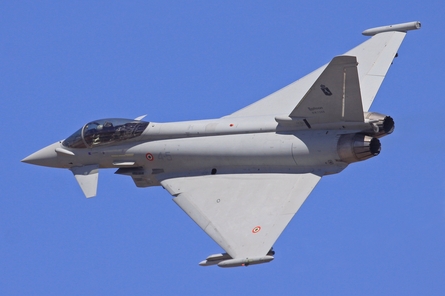 Persistent rumours have surrounded maintenance and availability issues linked to the MiG-29s. The air force has had more success operating its eight F/A-18Ds, which could put Boeing's Super Hornet offering in a strong position if interest in the Typhoon is not followed through.

In June, Boeing moved to strengthen its position in the country, signing memoranda of understanding with three Malaysian companies. These included CTRM AC, which manufactures composite aerostructures and defence equipment, SME Aerospace, which makes aircraft components, and Spirit AeroSystems Malaysia, a unit of the US-based aerostructures company.

Some contenders may be growing impatient with Malaysia's fighter programme, which has seen three requests for information in the past 10 years, the latest in early 2010. After the last RFI, an executive at one of the competitors said his company could walk away if a final decision was not forthcoming.

More clarity about the long-running contest could come at the Langkawi International Maritime & Aerospace Exhibition in December.