Mexico is conducting an evaluation of the Airbus Defence & Space A400M, following the arrival of an example of the tactical transport in the country for the first time on 15 May.

Airbus released an image showing one of its “Grizzly” development aircraft taxiing in at Mexico City’s international airport, from where it will “show its performance in a series of demonstration flights”. 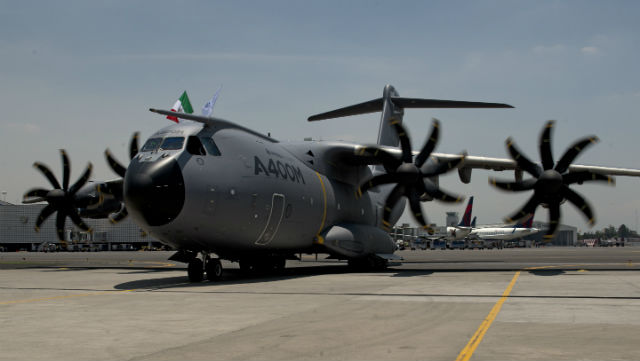 Operated by a crew led by experimental test pilot Ignacio “Nacho” Lombo – one of the Airbus personnel to have been on board the type’s first flight in December 2009 – the aircraft is scheduled to remain in Mexico until 23 May. During its visit, the type will "demonstrate its capabilities to meet the challenges of this country", Lombo says.

Mexico’s air force is an existing operator of the Airbus C295 medium transport, along with rival manufacturer Alenia Aermacchi’s C-27J Spartan. Flightglobal’s Ascend Online database records its current tactical airlift inventory as including a mix of five Lockheed Martin C-130E/K Hercules built between 1964 and 1968 and one civilian-standard L-100. The service has previously shown interest in possibly acquiring a pair of new-generation C-130Js from the USA.