Leonardo has built on its recent sales success with the French military by adding another contract for its unmanned air system-carried PicoSAR surveillance payload.

“The radar will be used to support border monitoring and anti-terrorism surveillance missions,” says Leonardo, with deliveries and service entry scheduled during 2017. 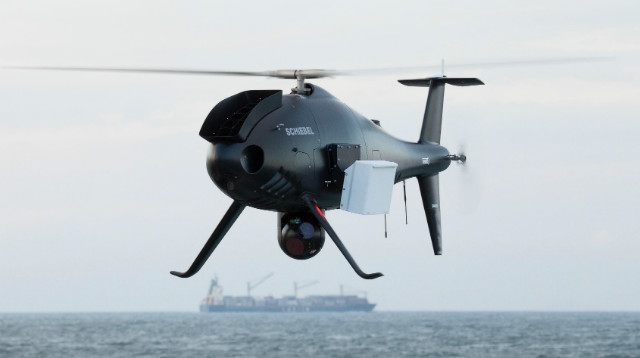 The company announced its new order at the Avalon air show near Melbourne in Australia. Canberra recently ordered a Camcopter system for evaluation by the Royal Australian Navy, and Leonardo is offering to equip the vertical take-off and landing type with its PicoSAR, Osprey 30 AESA radar and Sage electronic support measures system.

On 20 February Leonardo announced its selection to provide a PicoSAR payload to equip the French army’s future tactical UAS: Sagem’s Patroller. Deliveries of the sensor will begin later this year, with the service to employ it “to detect moving land-based targets and collect imagery on the ground”.

The sensor manufacturer says it has so far attracted orders for the PicoSAR from more than 10 customers, including four which signed deals during 2016.