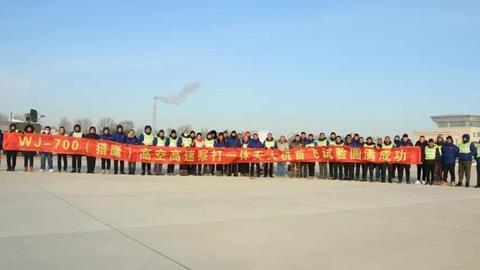 The China Aerospace Science and Industry Corporation (CASIC) appears to have conducted the maiden sortie of the WJ-700 unmanned air vehicle (UAV).

Images posted on Chinese social media show a group of people at an undisclosed air base holding a banner celebrating the first flight of the high-altitude, long-endurance UAV, although imagery of an airborne WJ-700 has yet to appear. 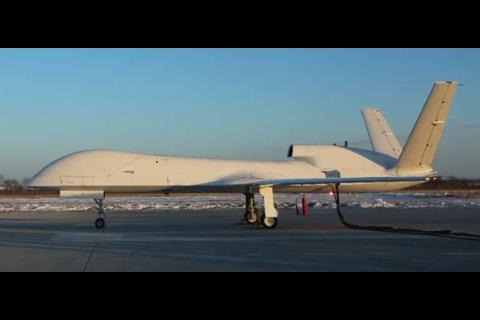 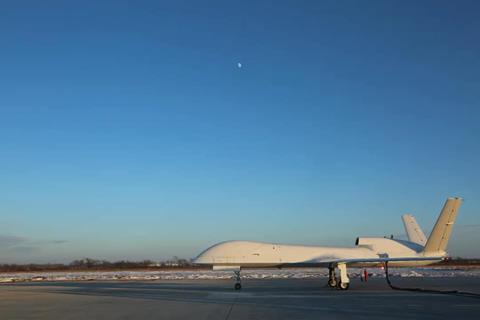 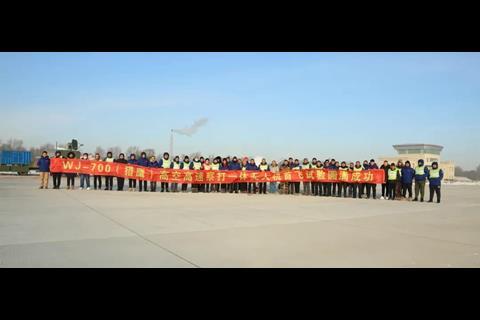 CASIC employees mark the first flight of the WJ-700 UAV. 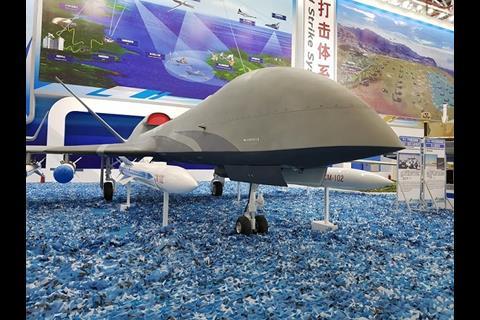 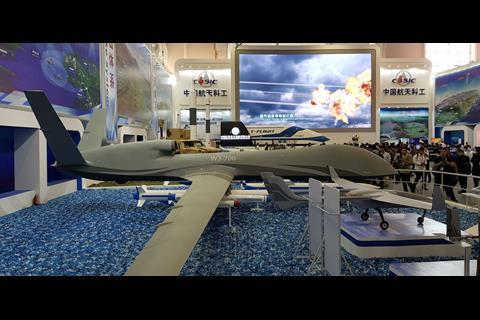 The WJ-700 is equipped with four hardpoints for weapons

CASIC first disclosed the WJ-700 at Airshow China in Zhuhai during November 2018.

According to CASIC’s stand at the show, the jet-powered WJ-700 has an endurance of 20h and has two hardpoints under each wing. The example displayed was shown with models of the CM-102 anti-radiation missile, the C701 ground-attack missile, and the C705KD anti-ship missile.

According to CASIC, the WJ-700 is a “high-speed reconnaissance-strike integrated UAV system” that can conduct autonomous take-offs and landings.

It has a maximum take-off weight of 3,500kg (7,720lb), and can carry out a range of missions, such as surveillance over the sea or land, early warning, anti-shipping, anti-radiation, signals intelligence, and jamming.