Manufactured and operated by Sistemi Dinamici and bearing the registration I-UASC, the Hero was damaged in the 12 April incident while performing a test flight, says ANSV.

However, it does not provide additional details on the damage sustained or the nature of the flight and accident. 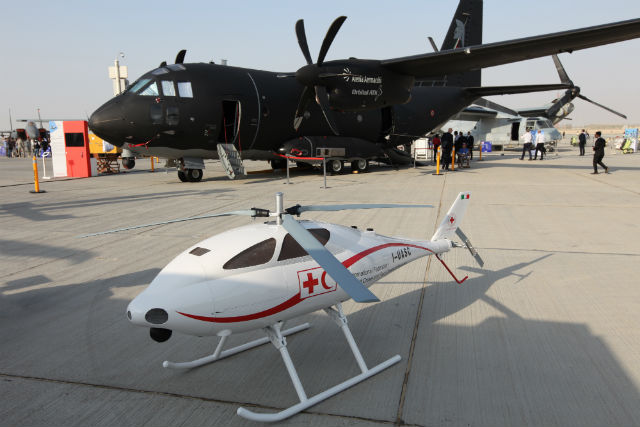 The rotary-winged Hero has a 150kg (330lb) maximum take-off weight and stated endurance of 5h with a 15kg payload. It is powered by a 50hp (36kW) two-stroke engine.

Sistemi Dinamici is a joint venture between Finmeccanica Helicopters and Pisa-headquartered IDS, created in 2006.

Finmeccanica has recently begun heavily promoting the SD-150 as it looks to advance its credentials in the rotary UAV market. Indeed, the Hero involved in the Siena accident was displayed on the manufacturer’s Dubai air show static exhibit, next to its C-27J medium transport.

No-one from the company was immediately available to comment on the incident.