The aircraft reached Japan on 12 March after a flight from the USA, the JASDF says. 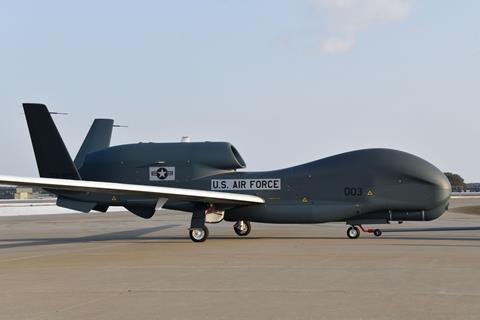 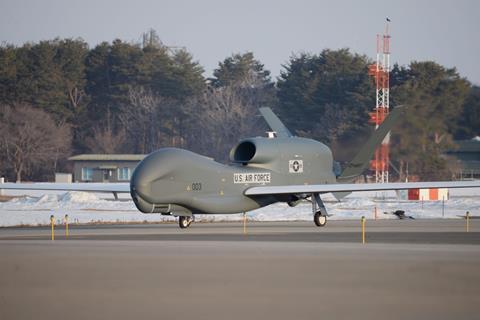 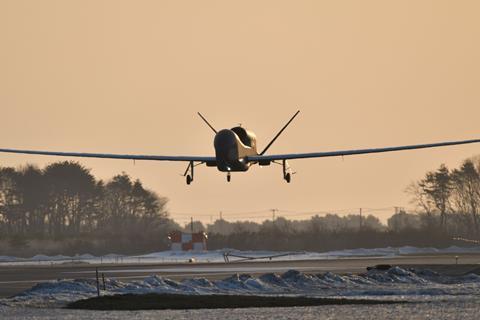 “[The] RQ-4B Global Hawk was introduced in order to conduct information gathering in areas relatively remote from Japan, as well as persistent airborne monitoring during situations with heightened tensions,” says the JASDF.

“It will greatly contribute to operational strengthening of the [Self-Defense Force] and Japan-US interoperability.”

Images provided by the JASDF show that the UAV still bears temporary US Air Force markings.

Japan is buying three examples of the RQ-4 Block 30(I) UAV. A Foreign Military Sales programme deal for the intelligence, surveillance and reconnaissance (ISR) aircraft was approved by the US Department of State in 2015.

Other customers for the RQ-4 are NATO and South Korea.

The UAV carries a synthetic aperture radar, which can be used in bad weather or at night to gather long-range imagery. The aircraft also carries a high-resolution electro-optical/infrared camera.

Tokyo has a definite need for persistent ISR capabilities owing to the security challenges posed by China and North Korea.