The China Aerospace Science and Industry Corporation (CASIC) has displayed a model of the WJ-700, a new long-range UAV designed for reconnaissance and attack missions.

The jet powered WJ-700 has an endurance of 20hr and has two hard points under each wing. The example on display was shown with models of the CM-102 anti-radiation missile, the C701 ground attack missile, and the C705KD anti-ship missile.

The WJ-700 appears to be similar in mission scope to the WJ-600, which CASIC has displayed models of in years past. 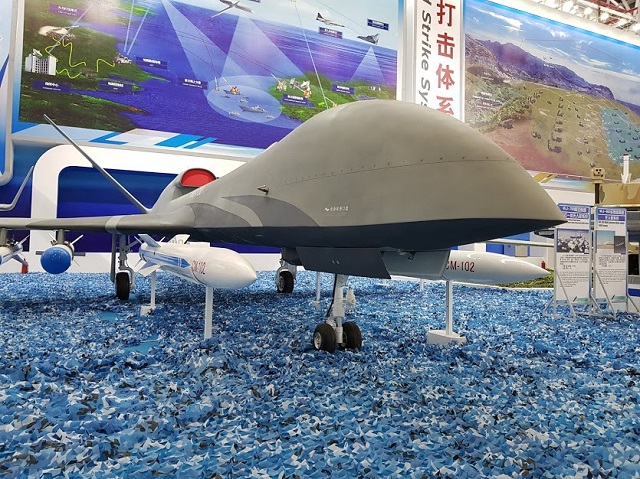 According to CASIC, the WJ-700 is a “high-speed reconnaissance-strike integrated UAV system,” that can conduct autonomous wheeled takeoffs and landings.

It has a maximum takeoff weight of 3,500kg, and can carry out a range of missions, such as the surveillance over the sea or land, early warning, anti-shipping, anti-radiation, signals intelligence, and jamming.

What is not clear is the WJ-700’s level of development, or if it is in service with the Chinese military. As in years' past, a major theme in CASIC’s hall is anti-access/area-denial (A2/AD), particularly against enemy warships.

It appeared alongside another system designated WJ-500. The ground-launched WJ-500 can carry multiple packages that allow to conduct missions such as reconnaissance, target indication, and battle damage assessment. CASIC also suggests that it can operate as a decoy, simulating targets such as cruise missiles and aircraft.