Spain’s defence ministry is being offered the General Atomics Aeronautical Systems Predator B unmanned air system, under a new teaming agreement between the US company and SENER.

Announced on 2 March, the pact will lead to the partners offering an unarmed version of the medium-altitude, long-endurance air vehicle to meet Madrid’s surveillance and reconnaissance requirements.

In a joint statement about their co-operation agreement, the companies note that SENER “will leverage its proven engineering experience to optimise and synergise Predator B data collection in support of the customer”.

Further details of the proposal have not been disclosed, but an artists' rendering of the on-offer aircraft shows it being in the enhanced Block 5 production configuration. 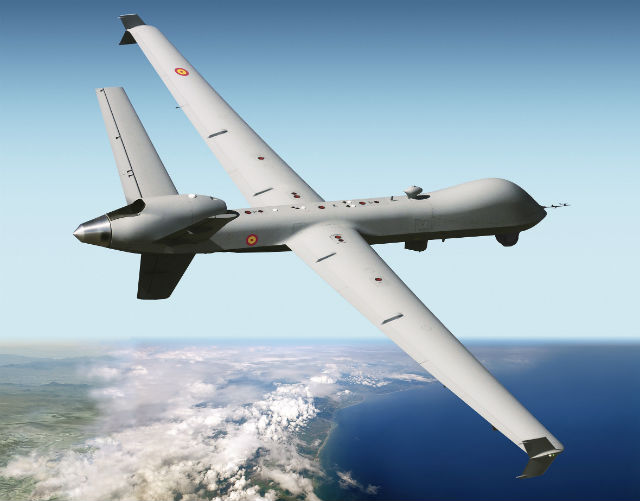