Northrop Grumman has been awarded a contract worth more than $657 million to provide South Korea with a surveillance fleet of RQ-4 Global Hawk unmanned air vehicles.

Detailed by the US Department of Defense in a contract notification announcement dated 16 December, the deal will cover the provision of four Block 30-standard RQ-4B Global Hawks, enhanced integrated sensor suite mission payloads “and the applicable ground control environment elements”. 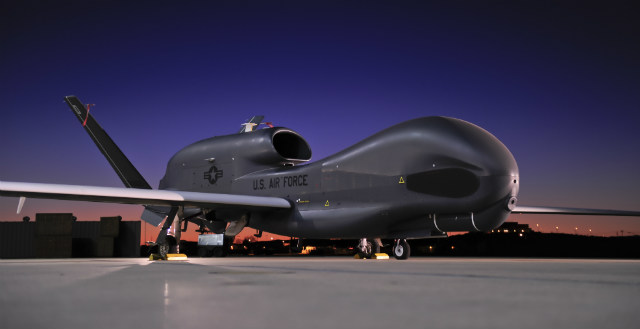 Work under the Foreign Military Sales contract will conclude by June 2019, the DoD says.

Accompanied by a separate order for Israel Aerospace Industries’ Heron 1 UAV, confirmation of the planned South Korean purchase – which was outlined by the US Defense Security Cooperation Agency earlier this year – represents a much needed new international sale of the Global Hawk.

Northrop is also under contract to develop a version of the type for NATO’s Alliance Ground Surveillance project, but saw an expected production order from Germany for the Euro Hawk signals intelligence variant cancelled in May 2013.

Australia has also signalled its intention to acquire the MQ-4C Triton development of the aircraft, which is now being tested by the US Navy via its broad-area maritime surveillance project.