MRJ maiden flight pushed back over 12 months to late 2013

The first flight of the Mitsubishi Aircraft MRJ regional jet will be delayed over one year to October-December 2013, from the previously scheduled second quarter of 2012.

The first delivery of the MRJ will also be delayed over one year, falling back to the summer of 2015, from the originally planned first quarter of 2014, says Mitsubishi Aircraft in a brief statement.

When asked for more details, a company spokeswoman says the company needs more time to review the industrial processes involved in producing the aircraft. In addition, these processes need to the approval of the Japan Civil Aviation Bureau.

This process validation period is taking longer than originally anticipated, she says. 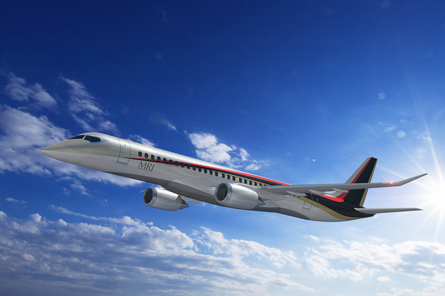 The company adds that development of the MRJ's power plant is "progressing smoothly," with the Pratt & Whitney PW1217G geared turbofan due for its first flight "from the end of [April]."

At the Singapore Airshow in February Mitsubishi told Flightglobal that the MRJ's first flight was likely to be delayed, acknowledging "challenges" with the programme. The spokeswoman adds that the delays have been discussed with the aircraft's three customers, but she declined to discuss their comments.

Only three customers have announced plans to buy the MRJ. The last order for the type came nearly a year ago, in June 2011, when Hong Kong-based leasing firm ANI Group Holdings signed a memorandum of understanding to buy five MRJs. ANI is a unit of Aero Nusantara Indonesia, a maintenance, repair and overhaul (MRO) firm that also leases aircraft to five Indonesian carriers.