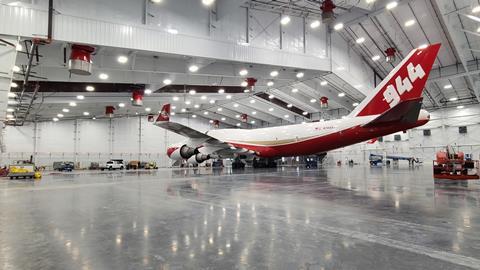 The three hangars give AeroTec sufficient space at Grant County to accommodate “a mix of up to nine regional, single-aisle and dual-aisle commercial aircraft”, the company says.

The company now has rating to work on Boeing 737 Max, 747-400s and Cessna Caravans. It expects to receive rating for additional aircraft types by the end of March.

In recent days, the company received for maintenance a Boeing 747-400 firebomber operated by Global SuperTanker Services. That aircraft is the first to undergo maintenance in AeroTec’s new hangar, the company says. 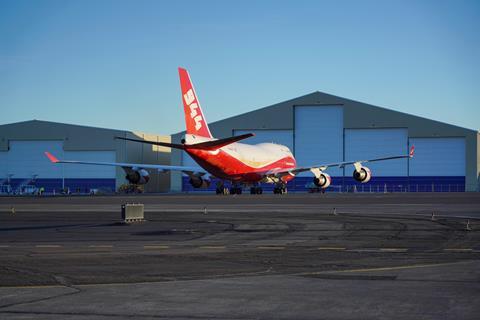 The same aircraft, outside the hangar