The US Navy is buying two additional Sikorsky CH-53K test aircraft that will be used to demonstrate the maturity of the manufacturing process.

The two additional aircraft, which will be system demonstration test articles (SDTA), are in addition to four SDTAs ordered last year by the Navy as part of a $435 million contract.

The service tells Flightglobal that the additional orders are not a result of changes to design or production of the heavy-lift helicopter.

“The procurement…is targeted at maturing production processes,” says the Navy.

It adds that the SDTAs will help ensure the readiness of production, systems, facilities, tooling, test equipment and inventory and supplier management.

In a 2013 media release, Sikorsky defined the role of the SDTA’s more directly, saying the US Marine Corps will use the aircraft to verify it meets the requirement of carrying an external load of 12,200kg (26,900lb) over a mission radius of 110nm (204km).

CH-53K will have a gross weight of 39.9t and is powered by General Electric GE38-1B engines. 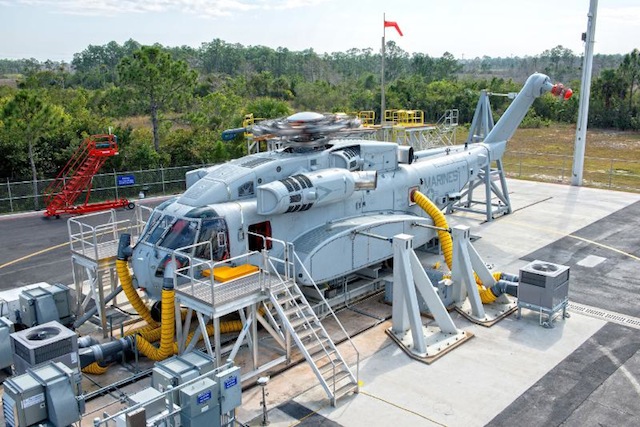 Sikorsky says it has made “no notable changes to the aircraft” and that all the SDTAs are production aircraft that will be delivered as part of the Navy’s plan to purchase 200 aircraft.

The first SDTAs are scheduled for delivery around September 2016, Sikorsky says.

In addition to the SDTAs, Sikorsky is in the process of building five system development and demonstration aircraft.

Those include one ground test vehicle and four test aircraft, which are also called engineering development models.

The company also has one static test article and one fatigue test vehicle.