2020 was worst for European airport traffic in 25 years

Trade body ACI Europe is calling for further financial support for European airports as they struggle for survival after a year in which passenger volumes fell back to levels last seen 25 years ago. 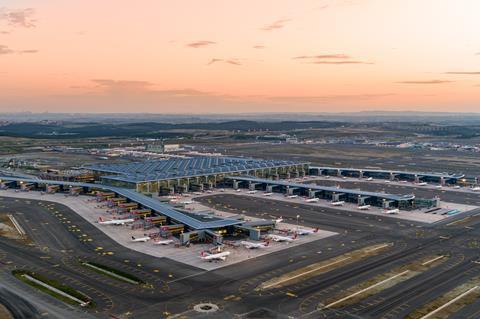 ”No industry can on its own withstand such a shock. While some states have taken steps to financially support their airports, only €2.2 billion ($2.7 billion) has so far been earmarked for that purpose in Europe. This is less than 8% of the revenues airports lost last year.

“With further decreases in traffic over the past weeks and no recovery in sight, more needs to be done,” he states. ”Without more financial support, investments in decarbonisation, digitalisation and SESAR are at risk.”

Airports within the EU were hardest hit, as passengers fell by 73%. Passenger numbers fell 62% at European airports outside the EU, notably driven by those in Russia and Turkey, which were helped by relatively strong and sizeable domestic markets.

This is reflected in the major upheaval among the biggest airports in the region last year. Between them, the biggest hubs in 2019 – London Heathrow, Paris Charles de Gaulle, Amsterdam Schiphol, Frankfurt and Istanbul – lost 250 million passengers last year.

By the fourth quarter, Istanbul was the only one of these hubs to feature among the biggest five airports, leading the way alongside Istanbul’s Sabihi Gokcen and three Russian airports – Sheremetyevo, Domodedovo and Vnukovo.

Freight traffic has been less heavily impacted, but cargo volumes still fell 11.8% in in 2020. ”The recovery in freight traffic accelerated as of last September, with December seeing a marginally positive result,” ACI Europe notes.