ACI Europe has warned of the “collapse of significant parts of the air transport system” because of a worsening outlook for passenger demand.

If traffic does not begin to recover by the end of this year, the airports industry body claims an “estimated 193 airports” – mainly smaller regional facilities – are facing insolvency in the coming months.

Its warning came as it released figures showing a 73% year-on-year decrease in passenger traffic at Europe’s airports in September.

The situation is worsening in October, ACI Europe adds, amid “severe restrictions” to cross-border travel. In mid-October, passenger traffic was 75% down from the same period last year, it says.

ACI Europe believes that “financial support from governments” will be necessary to avoid airports ceasing operations – an outcome that would cause “rising geographic inequality and damaged social cohesion”, it states. 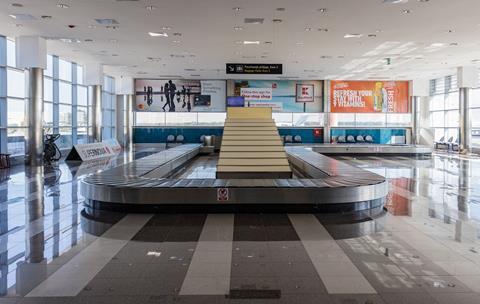 “The figures published today paint a dramatically bleak picture,” says Olivier Jankovec, director general of ACI Europe. “Eight months into the crisis, all of Europe’s airports are burning through cash to remain open, with revenues far from covering the costs of operations, let alone capital costs. Governments’ current imposition of quarantines rather than testing is bringing Europe’s airports closer to the brink with every day that passes.”

ACI Europe adds that larger hubs are not immune from the crisis, highlighting a “sudden increase in debt – an additional €16 billion for the top 20 European airports”, which it says is equivalent to nearly 60% of their revenues in a normal year.

The airports association’s comments reflect a tough outlook for the region’s traffic, as carriers retrench amid travel restrictions and a second wave of coronavirus cases.

Within the region, UK regional airports received some encouraging news last week, as plans were unveiled to relaunch Flybe.