Air France-KLM will restore capacity to near pre-pandemic levels by what the airline hopes to be a strong peak summer travel season.

In addition, the European carrier says on 1 April it will join its SkyTeam alliance partner Delta Air Lines to introduce what it calls a “shuttle” service between Paris Charles de Gaulle airport and New York’s John F Kennedy International airport. 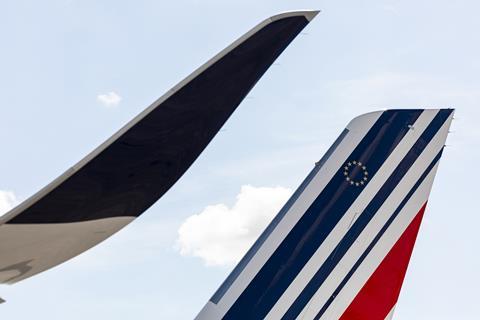 “There will be regular departures every one to two hours during the day out of Paris Charles-de-Gaulle and nearly hourly service late afternoon onwards for departures from New York-JFK,” the airline says.

Air France is also reviving flights from Paris to Dallas and Denver in the coming weeks. All told, Air France will operate “close to 200 weekly flights to 14 destinations” in the USA, its top long-haul market. That is 20% more than in pre-pandemic 2019.

The airline will also boost service to Canada, Africa, the Caribbean and the Asia-Pacific region, and plans expansion to numerous cities in Europe.

The capacity growth means the airline will serve 196 destinations on five continents this summer, with about 90% of the capacity it had in 2019.