Air Serbia is to begin flights to Chicago next May, marking the airline’s second US destination.

The carrier notes it marks the first time Serbia’s national carrier has operated the Belgrade-Chicago route in more than 30 years. 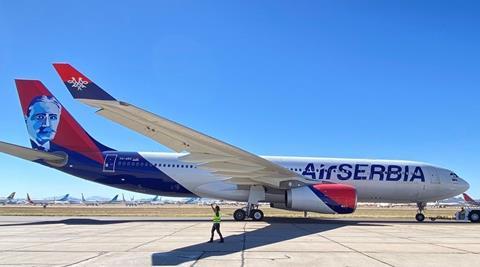 Air Serbia will begin twice-weekly flights from 17 May, adding a third frequency from 12 June. The carrier will deploy Airbus A330 aircraft on the route.

The carrier first resumed transatlantic flights in 2016 when it relaunched flights to New York JFK, which its predecessor JAT Airways had been forced to drop in 1992 amid political restrictions imposed at the time by the US government.

Air Serbia vice-president Americas, George Petkovic, says: ”This is an extremely important city and we are certain that direct flights between Belgrade and Chicago will mean a lot not just to the Serbian diaspora, but also to the wider Balkans region. By introducing flights between those two cities, the region will be better connected to Chicago, and passengers will have more choices.”

The airline earlier this month outlined its intent to resume a weekly Tianjin flight next month despite ongoing Covid travel restrictions in China.