Delta Air Lines has cut ties with its alliance partner Aeroflot after the Russian military invaded Ukraine earlier this week.

The Atlanta-based carrier says on 25 February it has withdrawn codeshare service with Moscow-headquartered Aeroflot as of immediately.

Both Delta and Aeroflot are SkyTeam global alliance members. 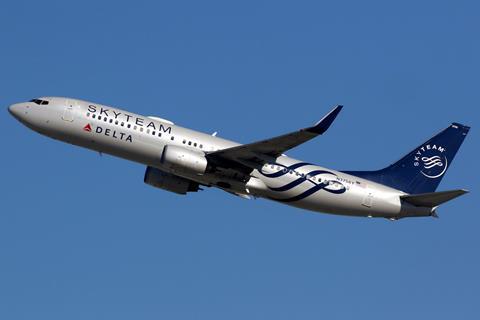 “We have removed our code from Aeroflot-operated services beyond Moscow’s Sheremetyevo Airport and removed Aeroflot’s code from Delta-operated services from Los Angeles and New York-JFK,” the carrier says. “Accommodations will be made for customers affected by these changes.”

SkyTeam did not respond to a request for information about the future of Aeroflot within the alliance.

On 24 February, UK aviation authorities banned Russian-based airlines from entering UK airspace as part of wide-ranging sanctions, leading Aeroflot to cancel flights between Moscow and London, and between Moscow and Dublin, until 23 May, according to a notice on the Russian airline’s website. Russia reciprocated with a retaliatory ban for UK airlines in its airspace on 25 February.

While the FAA has not made a similar move, it did issue a NOTAM (Notice to air missions) earlier this week that prohibits US aviation interests from operating in Ukraine, Belarus and parts of western Russia in response to the conflict.

Cirium networks data shows no US carriers serve destinations in those countries. The only non-stop flights between USA and Russia are Aeroflot flights from Moscow to four US destinations: Los Angeles, Washington DC, New York and Miami.