Frankfurt Airport has reopened its Terminal 2 facility this morning for the first time since the pandemic began, as hopes grow for increased demand this summer.

Forty-eight airlines were scheduled to operate from the reopened terminal today. 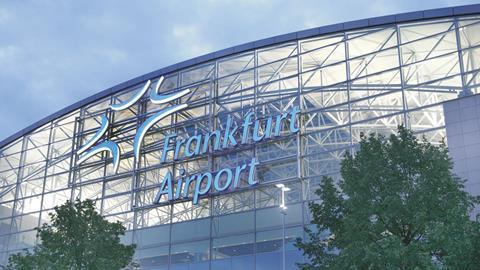 Sascha Konig, who heads Fraport’s terminal resource management department, says: “This will put us in an excellent position for handling the predicted increase in passenger volumes during the upcoming summer months.”

Fraport says the airport has used the time to carry out extensive upgrades and repairs to Terminal 2, which first opened in 1994. That includes installation of new glass panes in the five skylights of the terminal roof.

The terminal has been closed since 30 March 2020 after international air travel was sharply disrupted by the crisis. Frankfurt handled just 18.8 million passengers in 2020, many of whom travelled during the first quarter before the crisis fully took hold.

It is forecasting between 20 and 25 million passengers at Frankfurt for 2021.

”Last year, Frankfurt airport benefited from its size and high connectivity,” says Fraport chief executive Stefan Schulte, in an address delivered at Fraport’s AGM today. ”Many airlines have bundled their long-haul flights from Frankfurt. As a result, we even gained market share during the crisis – albeit at a very low level. This is because airlines deploy their planes where they have a good load factor.

”Looking ahead, we are overall optimistic, even if the pandemic will continue to impact our business for a while. This optimism is based, above all, on the ongoing progress of the vaccination programs. Here, not only Germany but also many important key countries are making very good progress,” he says.

”We therefore expect tourist and other private travel to recover fastest, especially within Europe. Business travel also has a lot of catching up to do. However, we expect this sector to remain below previous highs in the longer term,” he adds.

Further ahead, Fraport is further delaying until 2026 the opening of its Terminal 3 development. Work on the project began in 2015 and was originally set to open next year, but had been pushed back to 2023 well before the global pandemic.

”We remain confident that air traffic will grow again over the long term,” says Schulte. “Moreover, it would have been grossly negligent from both a technical and an economic point of view to suspend such a major construction project for a certain period of time and then start it up again later. That’s why we continued to build, while adjusting the construction schedule to the new demand situation.”