Hong Kong’s Greater Bay Airlines is to commence flights to Tokyo in January, its third destination since commencing operations in July.

The launch of daily flights to Tokyo Narita – operated by Boeing 737-800s – comes weeks after the airline announced it would be flying to Taipei. 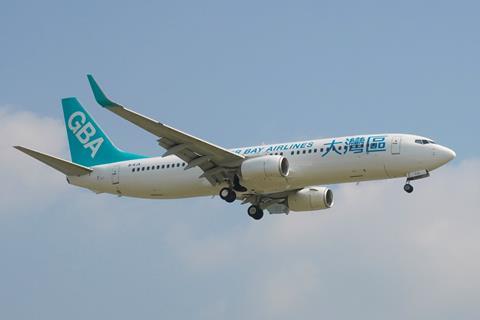 The two cities were picked for their popularity with Hong Kong visitors, says Greater Bay Airlines. It notes that traveller numbers to Tokyo significantly picked up after Japan eased border measures in October.

As for Taipei, Greater Bay Airlines says it is also a popular holiday destination, and that Taiwan’s decision to permit organised group tours “is expected to boost the demand of leisure travellers for visiting Taiwan” from Hong Kong.

Before it launched, Greater Bay Airlines had applied to operate more than 100 routes across Asia-Pacific, with the majority of them to Mainland China. Other countries include Japan, Thailand, and South Korea.

In October 2021, it outlined plans to fly from Hong Kong to Singapore, Bangkok and Phuket in its initial destinations at launch.

Hong Kong’s Covid-19 restrictions – now removed – had clouded the airline’s launch in July this year, with only dozens of travellers reportedly on its first flight to Bangkok.