Gulf Air is to launch a weekly service from Bahrain to Singapore in April, reviving a route it last operated more than a decade ago.

The Bahraini carrier will deploy a Boeing 787-9 on the service to Singapore, which it describes as a ”boutique destination”. 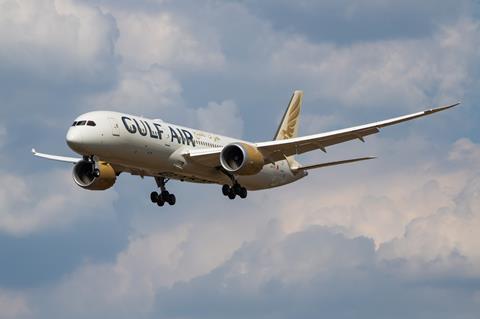 Gulf Air began flights to the island nation in the 1990s, though Cirium schedules data shows the airline last operated direct services to Singapore in 2008. No other scheduled operators serve the route.

Earlier this month the carrier resumed flights to Sri Lankan capital Colombo, while its network in Asia also includes Bangkok, Dhaka, Manila and several destinations in India and Pakistan.